If you're sufficiently old you'll remember the early days of 3D Acceleration. You had a card which did all the 2D rendering of games and things, and one that was totally dedicated to the 3D side of things. If you hadn't seen Quake 2 running with 3D acceleration you hadn't lived, and if you had you immediately checked out the price of a 3DFX Voodoo 2 graphics card and wept.

The market moved at a frightening pace back then. Voodoo 1 led to Voodoo 2, then PowerVR turned up quickly followed by the RivaTNT - the forerunner to all Nvidia graphics cards. It quickly became apparent that 3D was the future, but having to run two graphics systems wasn't the way forwards and then everyone put their energies into a graphics card which did it all. It might seem quaint now, but it was revolutionary back in the day.

If you're a big fan of retro gaming then you'll know that having the right hardware is vital to not only getting those old games working at all, but to get an authentic experience. Glide wrappers are all very well, but why not play Tomb Raider 1 or Quake or Grand Prix Legends in the manner they were meant to be?

A Russian by the name of Anthony has produced a Lost Joker 2 card - amongst many he offers - which blends the excellent 3DFX Voodoo 3 3500 (with 16MB or RAM!) to a 4MB PowerVR PCX2, the card you can see below. 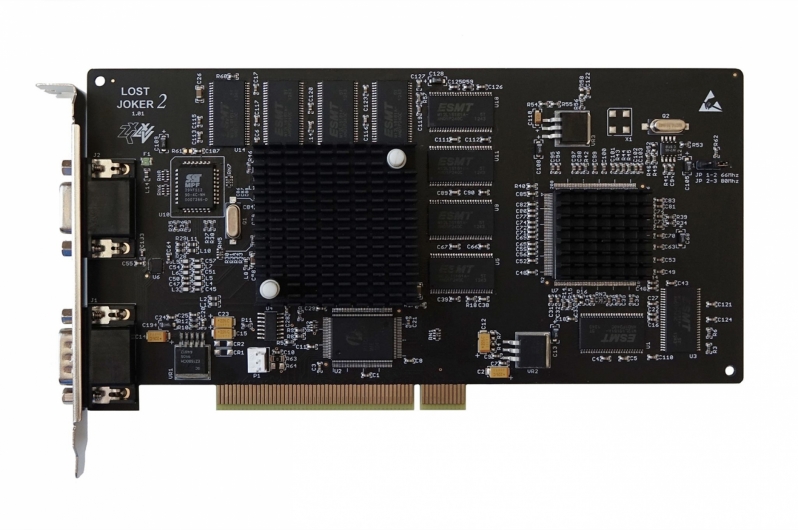 We almost can't express what a game changing thing this is for those with particular interest in the world of early 3D games. The Voodoo 3 was the most famous of the early cards which did both 2D and 3D rendering, but in these early days before DirectX there wasn't an official way in which you should run games. Thus instead of nowadays when Nvidia and AMD pay companies to make their game 'designed for x hardware", back then there were games you genuinely couldn't run if the developers had gone down a different path to you. That's where the PowerVR card came in. The earliest Rendition Verite or 3DFX decision had become a 3DFX or PowerVR one, and here you have both in one, letting you play whatever game you desire. 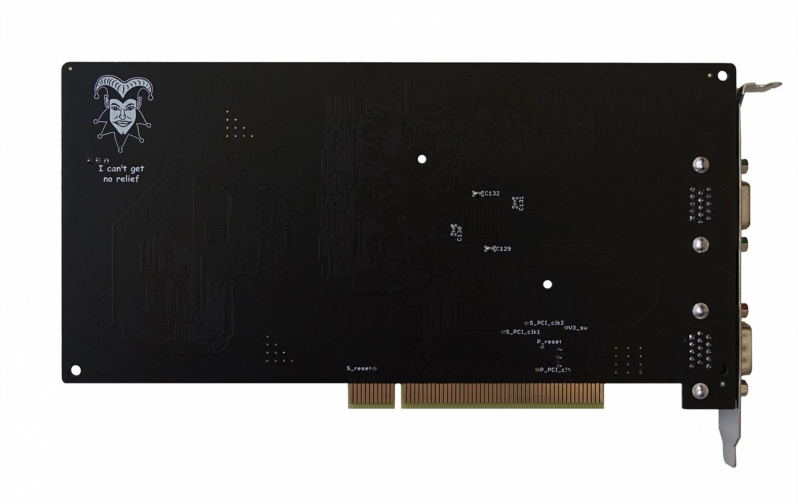 We know it's a niche product, and he sells many others if you want a Voodoo 5 or something even beefier, but if you want to play games the way they were meant to be seen, but don't want to have to invest in an ancient 200 MHz CPU system to do it, then it's perfect to scratch that retro itch.

Discuss this piece of creative wonder in our OC3D Forums.

tinytomlogan
Quote:
I forgot to hit saved when editing the post - it was just sat there waiting #mybadQuote
Reply