With full support for HDMI 2.1 and DisplayPort 1.4, this screen is ideal for both PC and console gaming

MSI has just launched a new edition of their Optix MPG321UR-QD gaming monitor, a new "Designed for Xbox" model that marks the screen as an ideal display for both PC and console gamers.

With a 4K 144Hz IPS screen, support for both HDMI 2.1 and DisplayPort 1.4, and a DisplayHDR 600 certification, this screen can act as a hub for your gaming PC, Xbox Series X and PlayStation 5. With a single DisplayPort 1.4 port and two HDMI 2.1 connections, this monitor can support all three gaming systems at once.

When it comes to VRR support, MSI's Optix MPG321UR-QD Xbox Edition is G-Sync Compatible and supports HDMI 2.1's VRR feature. Over HDMI 2.1 4K 144Hz is supported, though a 4K 120Hz mode is also available, as both Xbox Series X and PlayStation 5 max out at 4K 120Hz. Microsoft's "Designed for Xbox" certification proves that MSI's Optix MPG321UR-QD Xbox Edition meets Microsoft's standards for HDMI 2.1 support, latency, VRR support, and HDR support. This means that Xbox users can buy this monitor and be certain that they will have an great gaming experience. 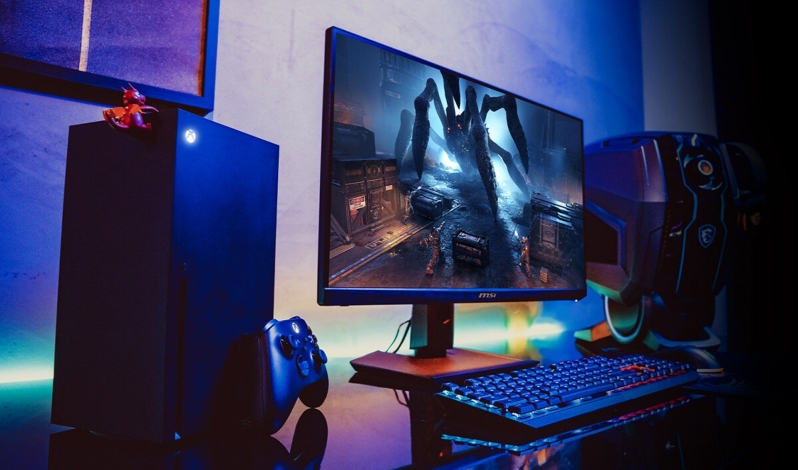 MSI, the world's leading manufacturer for true gaming hardware, is proudly expanding hardware possibilities for all gamers. We are excited to announce a special edition of our 4K gaming monitor, the Optix MPG321UR-QD Xbox Edition. This special edition monitor features UHD (3840x2160) resolution and supports up to 144hz with HDMI 2.1, serving as the perfect companion for next-gen consoles. Equipped with Quantum Dot Technology, Adobe RGB 99% and DCI-P3 97%, it has great color range and color gamut providing an immersive gaming experience. 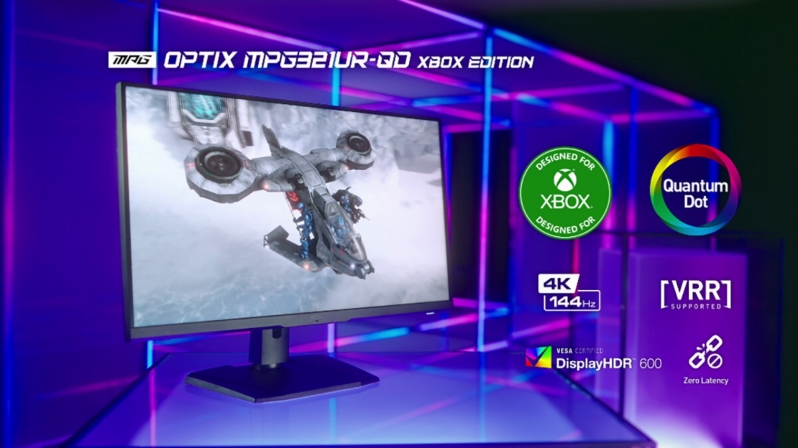 A powerful gaming display built for Xbox. MSI collaborated with the Designed for Xbox team to give Xbox lovers the 4K gaming monitor they deserve.

This monitor performs exceptionally for both PC and Xbox games. Gamers can play on Xbox with UHD resolution at 120 Hz by HDMI 2.1 and enjoy vivid colors with Quantum technology.

Quantum dots are nanocrystals that absorb light. When hit by light, they give off a precise color repoduction resulting in realistic imagery.Many reviews and acclaimed media have also praised the color performance of the MPG321UR-QD. Some media have even selected this monitor as the best 4K gaming monitor in 2021.

To improve user experience, MSI has designed a series of smart software based on years of research and development of Esports and an understanding of the needs of gamers. These features include Smart Brightness, Smart Crosshair,Optix Scope Night Vision AI, and Sound Tune.

You can join the discussion on MSI's Optix MPG321URQD Xbox Edition monitor for PC and Console gamers on the OC3D Forums. 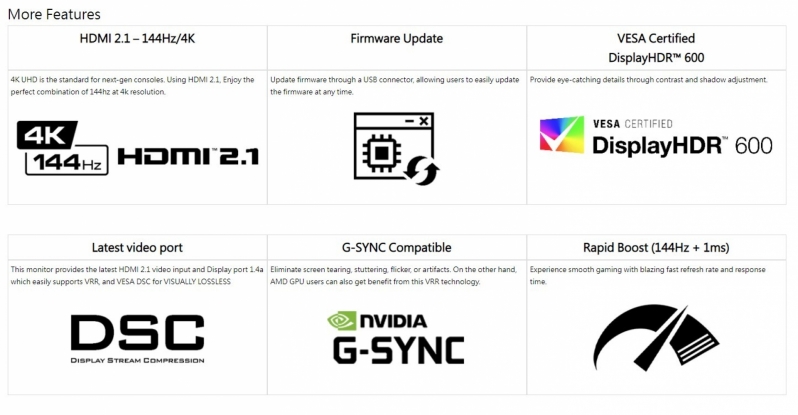 jcchg
Does this monitor include any sort of AI upscaling like many TVs? If not, non-native 4K content will look as awful as on any other monitor in the market. Thus, not recommended for Xbox Series X. Coming from someone who has owned a 4K HDMI 2.1 monitor and owns a XSX. Just buy a 1440p 144Hz monitor and you will be much happier having spent a lot less money.Quote

Warchild
MX1 would have suffice.