MSI has launched the latest entry into their iconic Lightning series of graphics hardware, presenting the company's most powerful RTX 2080 Ti graphics card to date.

Not only does this graphics card feature MSI's highest out of the box boost clocks but it also delivers users unique lighting effects, a Dynamic Dashboard OLED panel, a stunning carbon backplate and a unique cooler design that optimises for both thermal performance and low noise levels.

Strangely, the company is releasing both Lightning Z and Lightning series graphics cards, with the Z model featuring a hefty factory overclock while the standard Lightning graphics card ships with a listed boost clock that is lower than Nvidia's Founders Edition. The Lightning Z is the star of the show here, but we think it is worth noting that there is a lower-end model that features significantly lower boost performance. 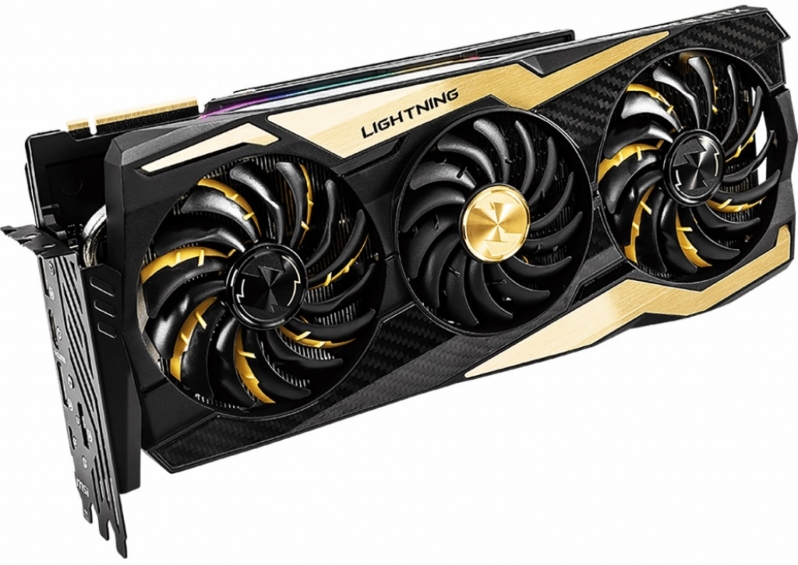 Like other Lightning series graphics cards, the RTX 2080 Ti Lightning is designed to be overkill in every sense of the word, using a triple-slot cooler alongside three Torx 3.0 fans to deliver stellar cooling performance, despite the card's high factory overclock.

The MSI RTX 2080 Ti Lightning Z features a 3x 8-pin power configuration and uses 16 power phased for the graphics core and a 3-phase power design for the GPU's GDDR6 memory, features which will help enable this graphics card's fullest potential while overclocking. The GPU will also feature a BIOS switch which can enable the GPU's LN2 mode, with the graphics card also featuring onboard voltage monitoring points.

MSI plans to ship their RTX 2080 Ti Lightning series graphics cards with a dedicated graphics card support bracket, which will help users mount this graphics card into their cases without any risk of "GPU sag".

On the display output side, the RTX 2080 Ti Lighting supports HDMI 2.0, VirtualLink and features three DisplayPort 1.4 outputs. MSI expects their RTX 2080 Ti Lightning to be available in late January.

You can join the discussion on MSI's RTX 2080 Ti Lightning Z graphics card on the OC3D Forums.