Polaris continues to be popular in 2018!

All four of these new GPUs will ship with 8GB of GDDR5 VRAM, with each model using an 8-pin PCIe power connection. All RX 500-series Armor MK2 GPUs will come with a factory overclock, though the dedicated OC versions will ship with the highest clock speeds for each model.

Upgrade over the original Armor series include the GPU's upgraded cooling solution, which offers MSI's new Torx 2.0 fans and a larger number of heatpipes, the addition of a backplate for increased cooling potential and an updated shroud design with red coloured accents. These design changes will allow the RX 580/570 Armor MK2 to remain cooler and quieter under load, which will be features that noise sensitive users, cough, miners, cough, will love. 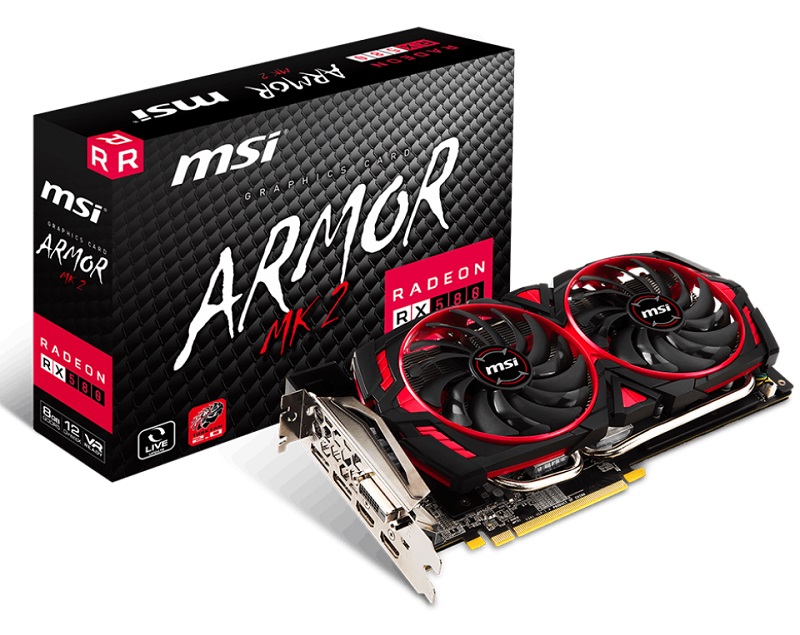 Display-wise this graphics card offers dual HDMI and dual Displayport outputs alongside a single DVI-D connection, making this GPU useful regardless of what displays type you are using. Nobody is going to use an RX 500 series GPU on a VGA display, right?

MSI has not revealed any official pricing for this new GPU model, though pricing is expected to be inflated due to the current mining craze.

You can join the discussion on MSI's four new Polaris Armor MK2 series GPUs on the OC3D Forums.