These three 50-class graphics cards are designed to deliver the performance, efficiency, and feature set of Nvidia's Ampere product line to the lower end of the PC gaming market. This will deliver gamers a significant performance boost over older 50-series Geforce GPUs, as well as support for RTX features like Hardware Accelerated Ray Tracing, DLSS, mesh shaders, Variable Rate Shading, and more.

Sadly, MSI has not revealed the exact specifications and pricing of these new GPU models, though it has been confirmed that all three of these graphics cards will feature 8GB of 14Gbps GDDR6 memory and will be powered by a single 8-pin PCIe power connector. Nvidia has given their RTX 3050 graphics card an MSRP of $249, though this should be considered as the market's minimum price for the graphics card.

Below is MSI's Press Release for their custom RTX 3050 series graphics cards. 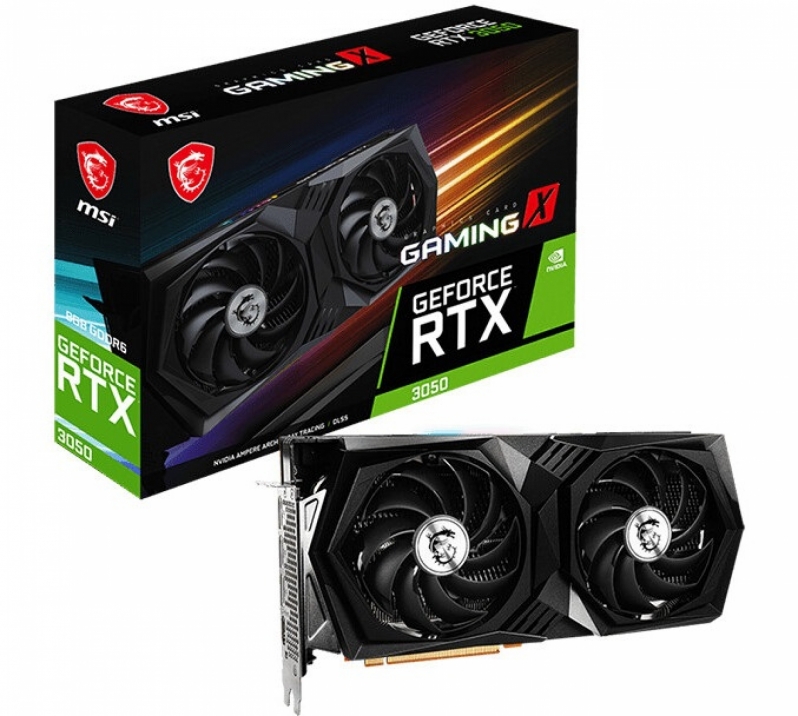 As a leading brand in True Gaming hardware, MSI is proud to announce a new line of graphics cards powered by the NVIDIA GeForce RTX 3050, uniting the latest in graphics technology and advanced cooling. The GeForce RTX 3050 brings the performance and efficiency of the NVIDIA Ampere architecture to more gamers than ever before and is the first 50-class desktop GPU to power the latest ray traced games at over 60 FPS. The RTX 3050 comes equipped with 2nd generation RT cores for ray tracing and 3rd generation Tensor cores for DLSS and AI. Ray tracing is the new standard in gaming and the RTX 3050 makes it more accessible than ever before.

Like all RTX 30 Series GPUs, the RTX 3050 supports the trifecta of GeForce gaming innovations: NVIDIA DLSS, NVIDIA Reflex and NVIDIA Broadcast, which accelerate performance and enhance image quality. Together with real-time ray tracing, these technologies are the foundation of the GeForce gaming platform, which brings unparalleled performance and features to games and gamers everywhere.

MSI is equipping the brand new RTX 3050 with the iconic TWIN FROZR 8 thermal design on the GAMING series. Compared to the previous generation, the dual fan design has been improved with TORX FAN 4.0, which features pairs of fan blades bound together with an outer link to focus airflow into the TWIN FROZR 8 cooling system. The heatsink features advanced aero- and thermodynamic technologies for efficient heat dissipation, lowering temperatures and maintaining high performance. The widely recognized aggressive look emphasizes a dazzling show of Mystic Light RGB infused into the card. Easily control and synchronize LED-lit components with the upgraded MSI Center software. 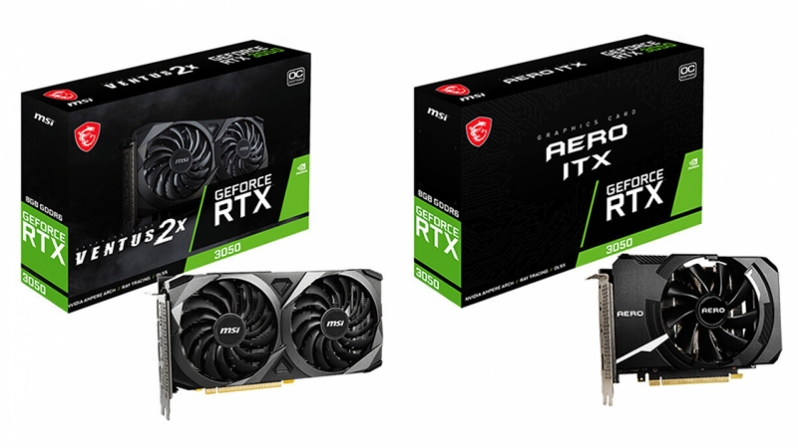 The VENTUS 2X series will also be available on GeForce RTX 3050, now enhanced with MSI's acclaimed TORX FAN 3.0 in a dual fan configuration. The performance-focused design of VENTUS maintains the essentials to accomplish any task at hand whether it's for play or for work. A powerful cooling system, reinforcing brushed-finish backplate, and the solid industrial aesthetic make the VENTUS card suitable for any PC build.

You can join the discussion on MSI's range of custom RTX 3050 graphics cards on the OC3D Forums.