MSI has revealed their new GTX 980Ti Golden Edition, a special edition of MSI's GTX 980Ti that not only features a new colour scheme but offers increased clock speeds and memory speeds when compared to their standard Black and Red GTX 980Ti.

This new version will have a core clock of 1190MHz base and 129MHz boost and a 7096MHz memory clock, which is a nice boost over the standard clocks of this GPUs standard counterpart. 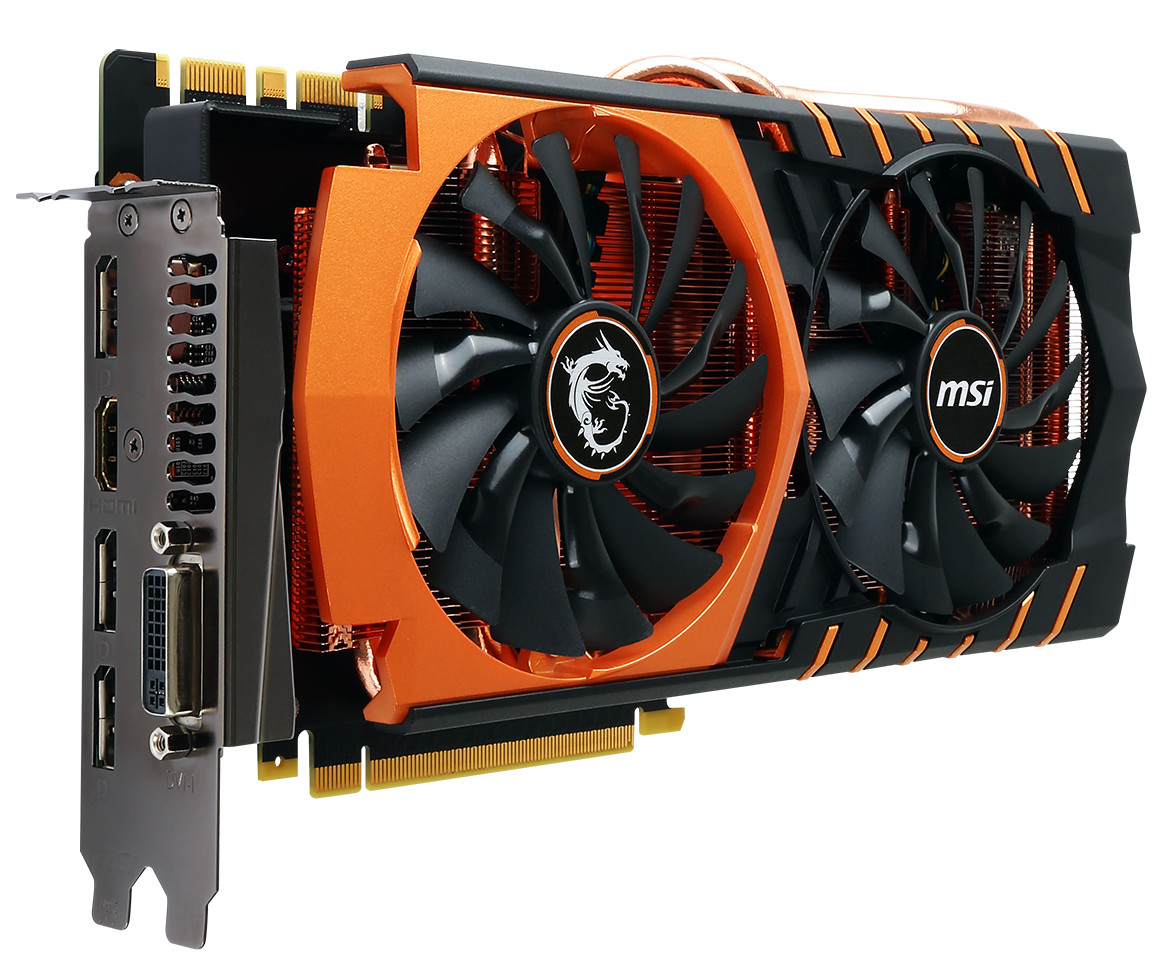 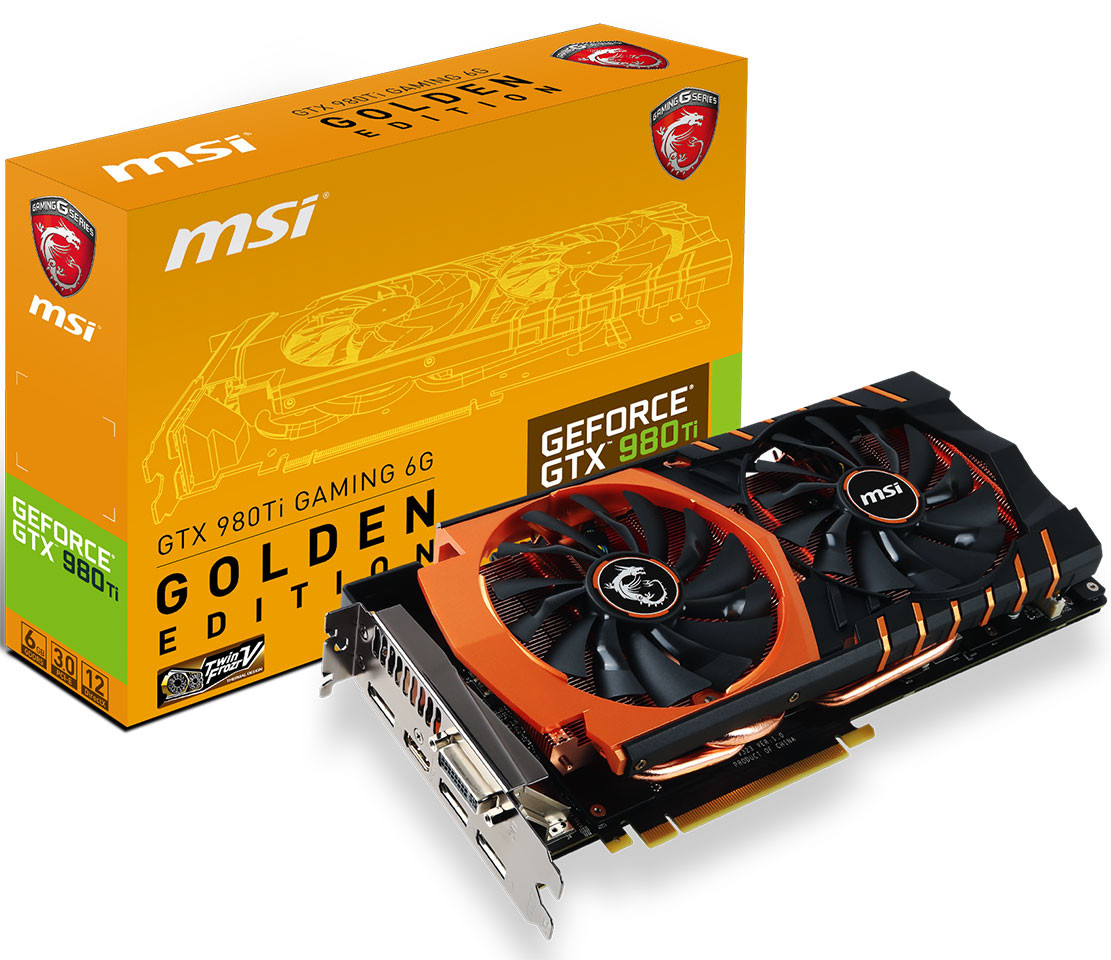 With the golden accents looking distinctly orange in these pictures and one of the main features of this GPU being a full copper heatstack I wonder why this GPU isn't called the "All-Copper Edition" as to my eyes this GPU looks a lot more like Copper than Gold.

The copper heatstack of this GPU should allow this GPU to remain cooler than it's aluminium counterpart, though this also adds significantly to this GPUs weight, weighing 1,338g instead of 1,068g like the standard version, which is almost a 30% increase in mass. 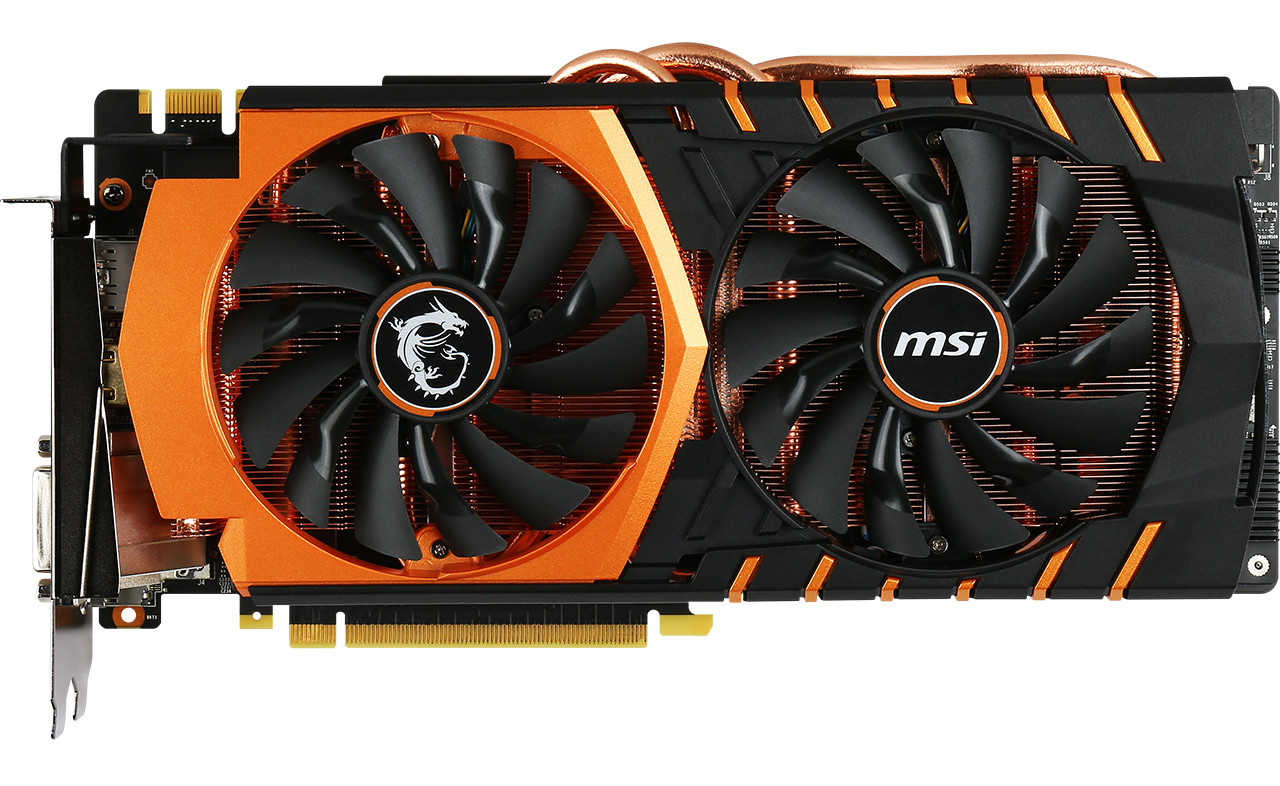 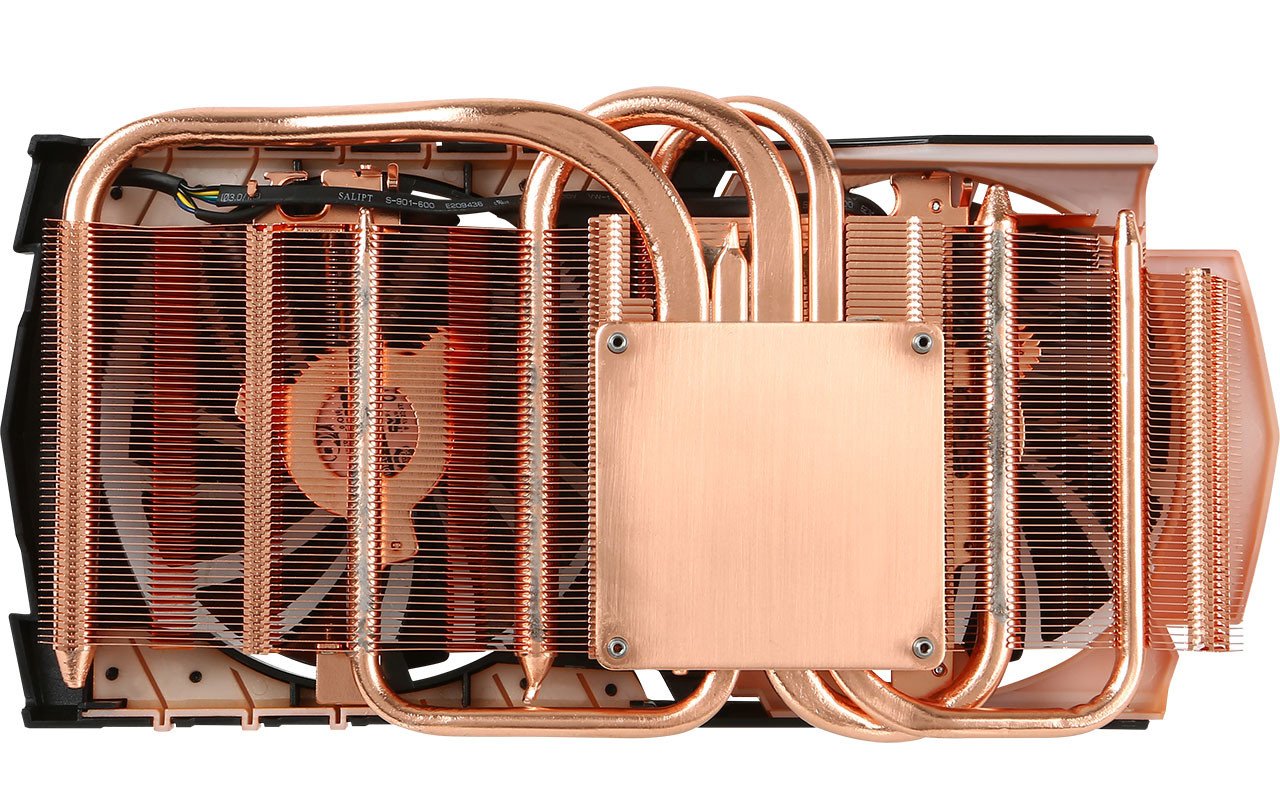 MSI have not announced the ricing or availability of this GPU yet, but expect it to be in very limited quantities.

You can join the discussion on the MSI's GTX 980Ti Gaming Golden Edition on the OC3D Forums.

Have a look at MSI's new GTX 980Ti Golden Edition. Does it look more like a copper edition? http://t.co/Yg9pdZn98n pic.twitter.com/crhN5naVVs

JR23
This looks like someone crashed Mr. T into Essex.

Kushiro
Looks more orange to me

AlienALX
I must say I have a real soft spot for the new 980 classy kingpin. The one that's all copper, it's gorgeous.

MSI are just encroaching IMO. That said I *think* MSI used to do copper versions long before EVGA. IIRC they did a 560ti or something around that era.Quote

Doomslayer
Quote:
TBH for me i would take the Classy over this 9 times out of 10Quote