Will this GPU be available at AMD's MSRP?

AMD's Radeon RX 6500 XT could be one of the most important GPU launches of 2022, a graphics card that promises affordability with its sub-$200 MSRP and a small 4 GB frame buffer that will make the GPU unappealing to cryptocurrency miners. These factors make one thing clear, this graphics card is for gamers, not miners, potentially allowing AMD to address PC gaming's affordability crisis.

MSI's Radeon RX 6500 XT offering is their MECH 2X, a customised design that will be available with overclocked and non-overclocked variants. MSI has not revealed their planned retail pricing for these graphics cards, though we do know that they will be available at launch on January 19th. 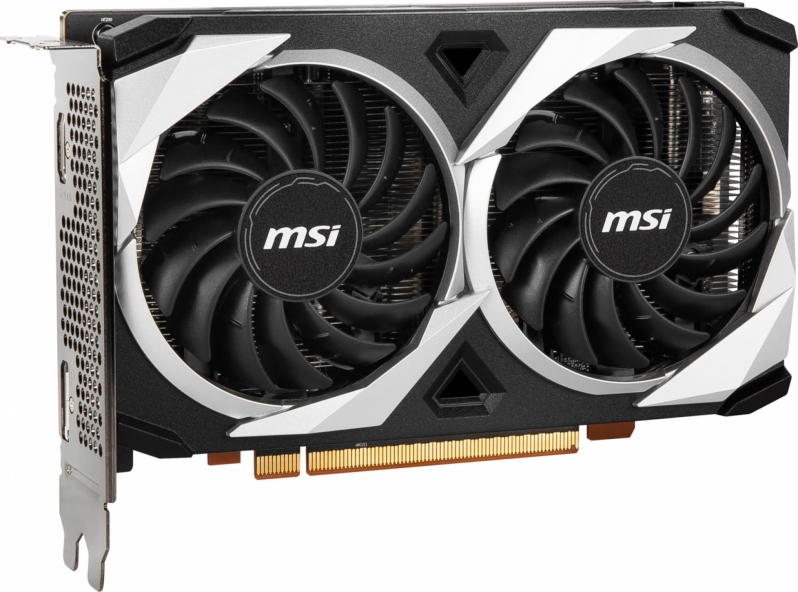 While the RX 6500 XT's 4 GB frame buffer could be seen as a downside, this specifications makes Radeon's RX 6500 XT useless for Ethereum mining. This aims AMD's RX 6500 XT directly to gamers, and this should allow AMD to maintain reasonable pricing with their RX 6500 XT graphics lineup. For games that can require more than 4 GB of VRAM at 1080p, PC gamers simply need to lower their texture settings. Given the fact that Ultra texture options are often designed for users of 1440p or 4K screens, the RX 6500 XT's target audience will likely not notice any visual differences during gameplay.

You can join the discussion on MSI's RX 6500 XT graphics card on the OC3D Forums.

Damn I think we just jumped 10 years in tech

WYP
Quote:
Thanks for the spot. Just imagine what could be done with that much GPU memory!

WYP
Quote:
Ooo, and on a GPU that is connected over up to sixteen PCIe lanes. Now that would be awesome.Quote
Reply