These designs are similar to MSI's existing RTX 3090 and RTX 3070 models and should deliver similar levels of cooling performance and nigh-identical aesthetics. Nvidia's RTX 3080 Ti and RTX 3070 Ti will launch on June 3rd and June 10th respectively, and you can expect to see launch day reviews for multiple graphics cards from OC3D on those dates.

Powered by the NVIDIA Ampere architecture, the GeForce RTX 3080 Ti and RTX 3070 Ti deliver an incredible leap in performance and fidelity with acclaimed features such as raytracing, NVIDIA DLSS performance-boosting AI, NVIDIA Reflex latency-reduction, NVIDIA Broadcast streaming features and additional memory that allows it to speed through the most popular creator applications as well. 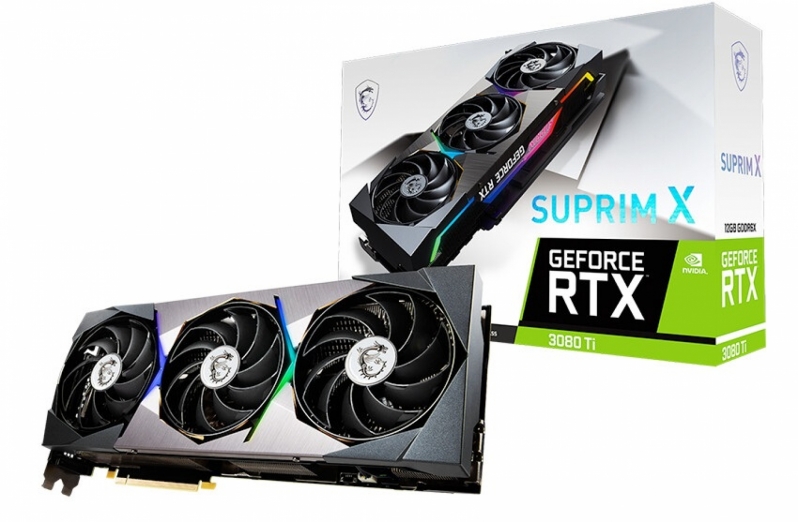 SUPRIM cards with the new GeForce RTX 30 GPUs have been designed for performance, efficiency, and prestige. Cooled with TRI FROZR 2S, our most advanced air cooling system yet, heat is effectively dissipated from critical board components with TORX FAN 4.0, Airflow Control fins, Core Pipes, a base plate, and even a dedicated heatsink for the memory modules. Polished aluminium on the exterior of the cooler and the backplate impart an armoured aesthetic while reinforcing the length of the card. RGB lighting flows with millions of colours and an array of customizable of dynamic lighting options will dazzle onlookers. With Dual BIOS, users can quickly opt for low noise or for additional performance with the flip of a switch. 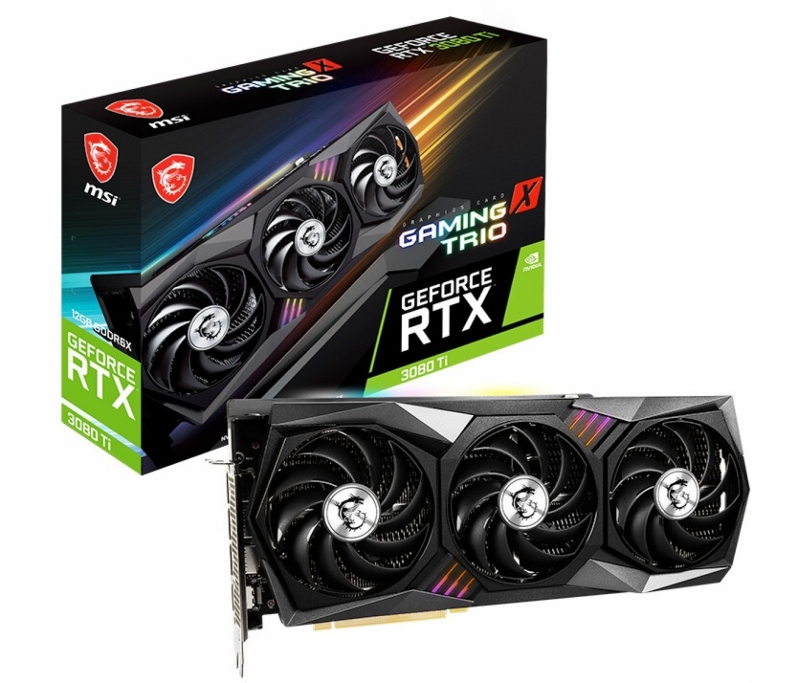 The latest iteration of our GAMING TRIO Series design has been refreshed with a new look while maintaining the same great balance between performance, cooling, and low-noise that gamers have come to trust. At the forefront is the TORX Fan 4.0 design with pairs of fan blades bound together with an outer link, forming a rim that focuses airflow into the updated TRI FROZR 2 cooling system. A matte-finish backplate not only reinforces the graphics card, but provides passive cooling action through the implementation of thermal pads. Mystic Light adorns the exterior of the graphics card, illuminating colour in synchrony with the rest of the PC through Mystic Light Sync and Ambient Link, all controlled with the MSI Center software utility. 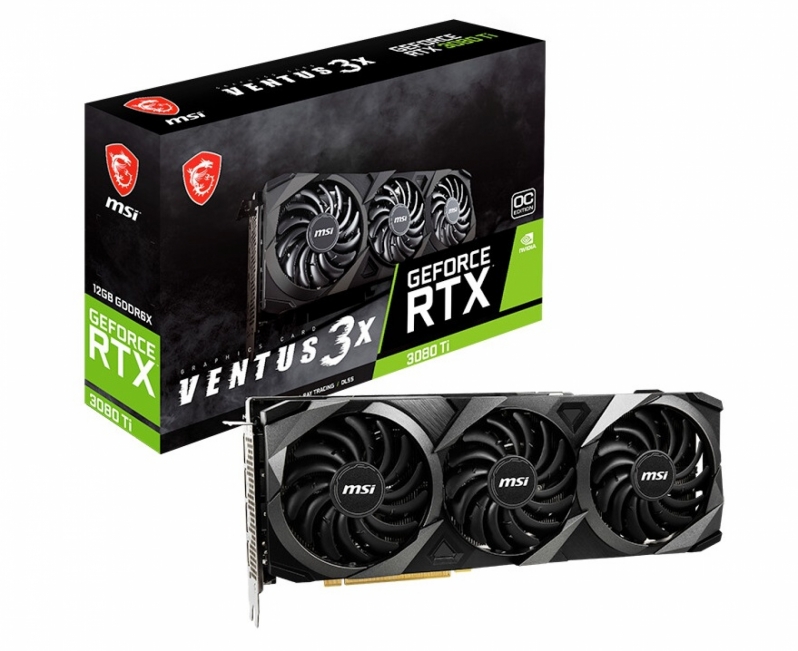 The popular VENTUS 3X is back and bigger than ever, now enhanced with TORX Fan 3.0. Whether it's for work or for play, VENTUS 3X's performance-focused design maintains the essentials to accomplish any task at hand. A robust cooling system, reinforcing brushed-finish backplate, and rigid industrial aesthetic make this graphics card suitable for any build. 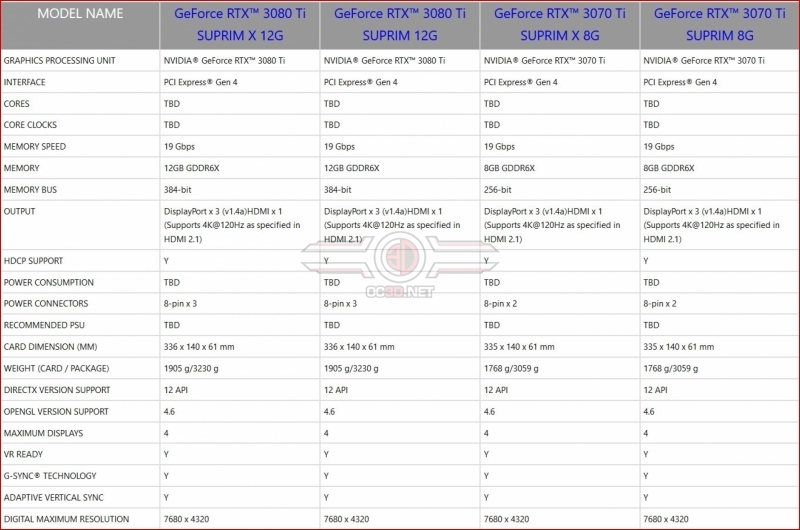 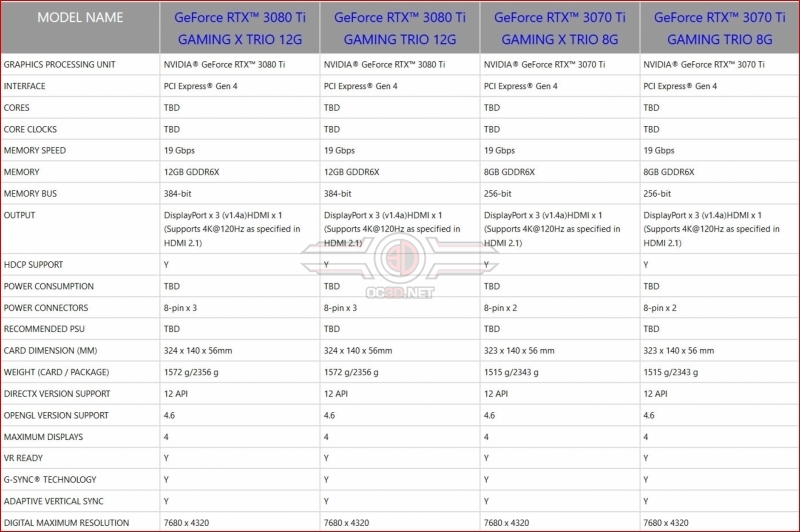 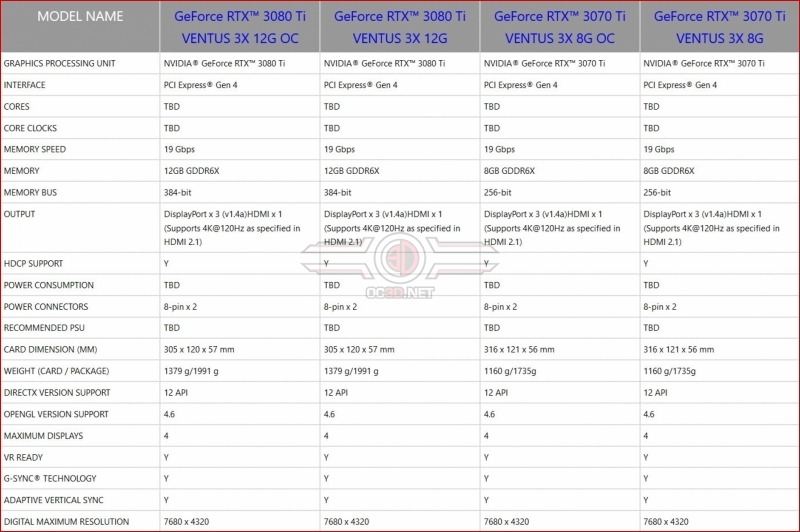