Will this be faster than the Gaming X Trio?

It looks like MSI is working on a new RTX 3080 graphics card called the SUPRIM, a new model which will act as a higher-end counterpart to the company's existing Ventus X3 and Gaming X Trio models.

On Facebook, a user called Hitman Tan, via Videocardz, released a full unboxing of MSI's SUPRIM X, confirming the existence of the new GPU model. Sadly, the clock speeds and power limit of this new graphics card remain unknown, although based on the video below, we can confirm that the graphics card uses three 8-pin PCIe power connections. This should mean that MSI's SUPRIM X should have access to more power than MSI's Gaming X Trio model (which only features 2x PCIe 8-pin power connectors).


MSI's RTX 3080 SUPRIM X features a BIOS switch in the GPU's PCB, though at this time it is unknown what this BIOS switch does. It could enable an overclocking mode with a higher power target, or enable a quieter "silent mode". This should be confirmed when MSI's SUPRIM X launches. 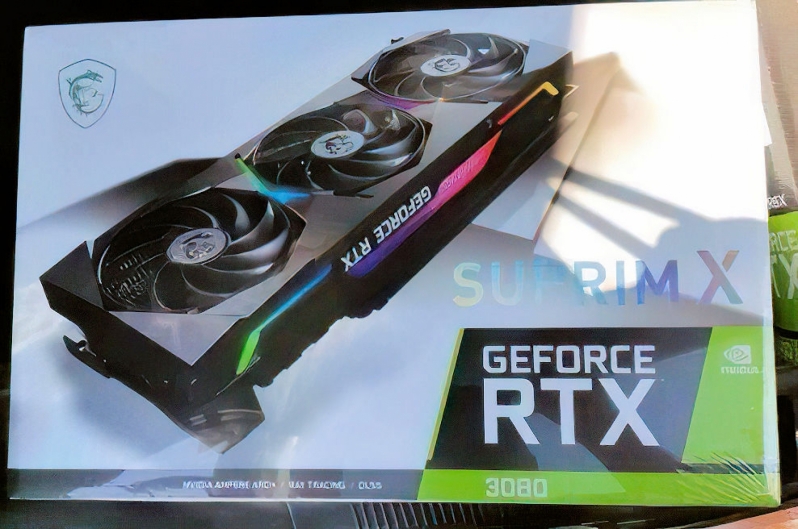 Within MSI's SUPRIM X box, MSI includes a sturdy anti-sag bracket. This allows users to place a metallic bar within their systems to take the weight of MSI's SUPRIM X, taking the strain away from the PCIe slots/brackets to prevent bending/sag.

According to Videocardz, MSI plans to launch their RTX 3080 SUPRIM X graphics card on November 20th. An RTX 3090 SUPRIM X is also planned. 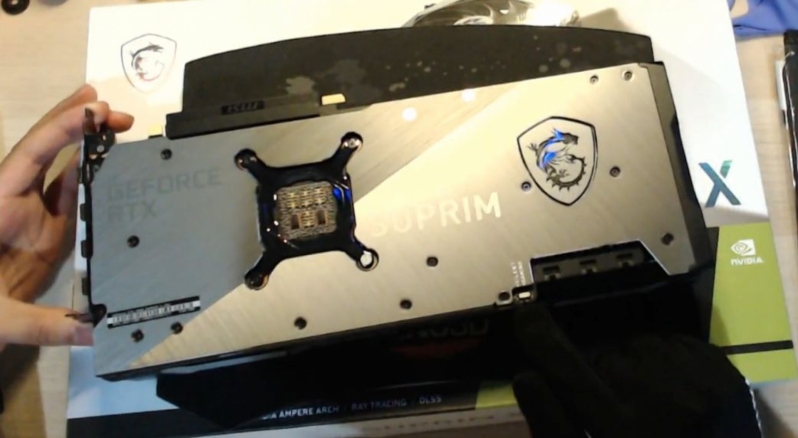 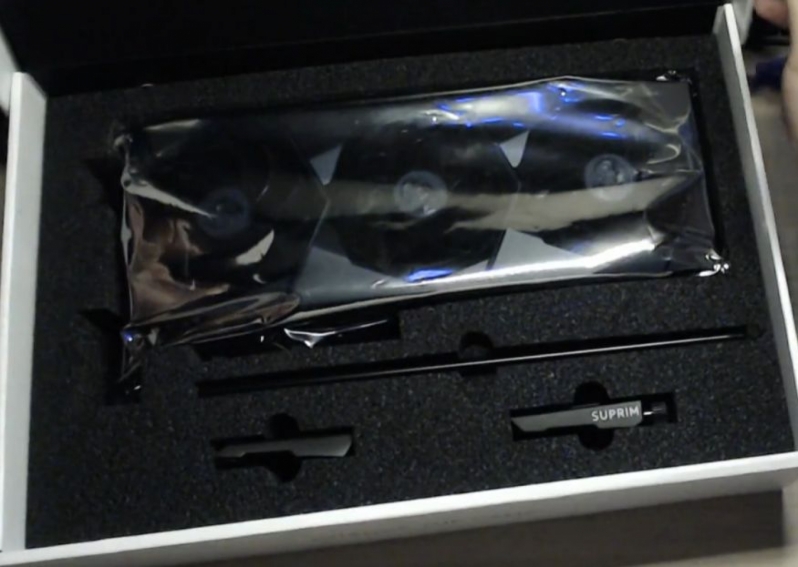 You can join the discussion on MSI's RTX 3080 SUPRIM X on the OC3D Forums.

Dawelio
Damn, I must say that I personally like this aesthetically much more over their Gaming X Trio card.Quote

AlienALX
sup rim. Sounds like something you would do in bed if you were a perv.Quote

looz
"I only sell suprim grafik card, for you special price"Quote


So another MSI variant. There's the Gaming Trio, which is already very capable. The Lightning Z, which is one step above. The Seahawk, which is around the same but with water cooling. Then they have a few dual-fan variants. Now this. Seems a bit much. But I guess there's a market for it if they're releasing it.Quote