Moving into 2018 most PC gamers expected new GPUs, wither it be Nvidia's long-awaited Volta or a mainstream release of AMD's Vega architectures. What most weren't expecting was a release of new RX 500 series graphics card models, especially after considering the fact that they are a refresh of AMD's existing 400 series.

Videocardz has found images of MSI's RX 570 8GB ARMOR MK2, a graphics card that offers a similar aesthetic to MSI's original 570 ARMOR but comes with a different PCB design, a backplate and a cooler with a different heatpipe configuration. At this time the clock speeds of this new GPU are unknown.

This new model is expected to release with overclocked and non-overclocked versions for both the RX 570 and RX 580, though the price of these GPUs is expected to be extremely high given the huge demand for AMD GPUs in the recent mining boom. 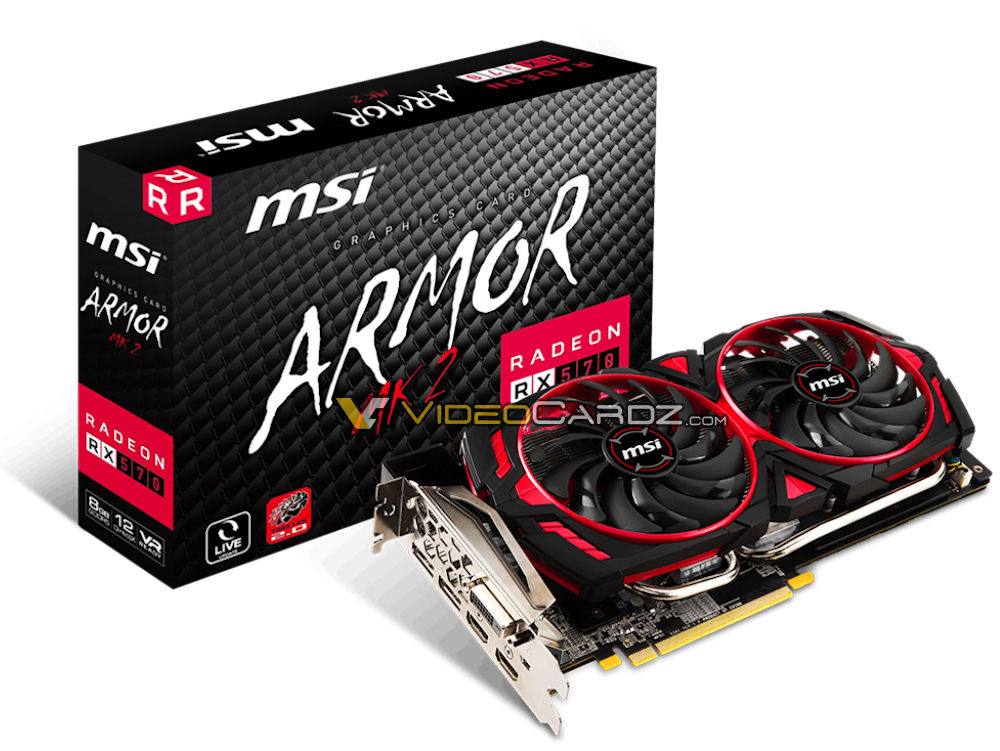 You can join the discussion on MSI's RX 570 ARMOR MK2 on the OC3D Forums.

^ we have gone back in time!

jk, sorry it is an easy mistake. Also it is in the description right below the title as well.Quote

AlienALX
MK2. So it's a Golf GTI then?Quote

Dark NighT
Quote:
Except in this thread's first post, its still time travel.Quote

AlienALX
D'you know, I absolutely hate cards where the cooler shroud does not go all the way to the PCIE bracket. It makes them look super crap, for 10p worth of plastic. I don't understand why they do that.Quote
Reply