According to a  new entry with the Eurasian Economic Commission (via WCCFTECH), MSI is working on a graphics card called the RTX 3060 Ti Miner, what appears to be a graphics card that's optimised for cryptocurrency mining.

Right now, two new mining-optimised graphics cards are listed, the RTX 3060 Ti MINER 8GB and the RTX 3060 Ti MINER 8GB OC. These graphics cards will likely ship with cost-optimised cooling solutions that lack unnecessary features like RGB lighting and 0dB fan modes. These coolers are also likely to be loud, as mining GPUs are often operated with their fans at their full speeds. 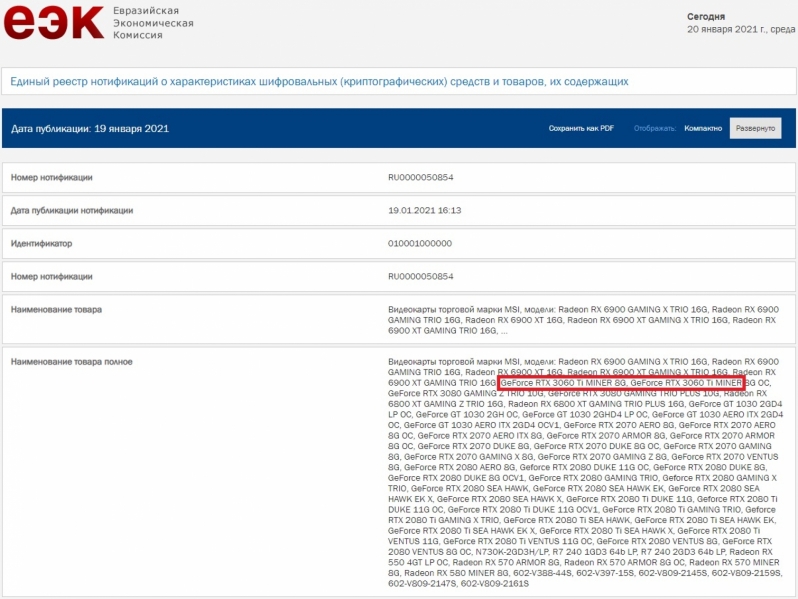 You can join the discussion on MSI's planned RTX 3060 Ti Miner graphics card on the OC3D Forums.

Warchild
So now people will purchase all of these cards as well as 3080/3090 since they are also adept for mining.Quote

Dicehunter
Oh yay, Good thing I'm not buying a GPU until next gen hits, This gen is a complete no go it seems.Quote

AlienALX
MSI's working on being even more s**t.Quote
Reply