MSI Teases their RTX 2080 Ti Lightning - Is that Carbon Fibre?

Ready for the thunder?

MSI has started to hype up what is undoubtedly their RTX 2080 Ti Lightning Z graphics card, the latest entry into their ultra-enthusiast overclocking series of products, overbuilt to withstand the stresses of LN2 overclocking while offering a power circuitry that can withstand many times what a standard RTX 2080 Ti can utilise.

In their teaser on Twitter, the company calls their new Lightning "the most powerful graphics card" while also claiming that it the "most durable" to boot. Their teaser also showcases a carbon fibre backplate, which features the word "Lightning" on its surface.

With these claims in mind, it is likely that MSI's RTX 2080 Ti Lighting will offer the highest out-of-the-box clock speeds of any RTX 2080 Ti from the manufacturer, with leaks for the graphics card showcasing a 19-phase VRM and a 3x 8-pin PCIe power phase design. 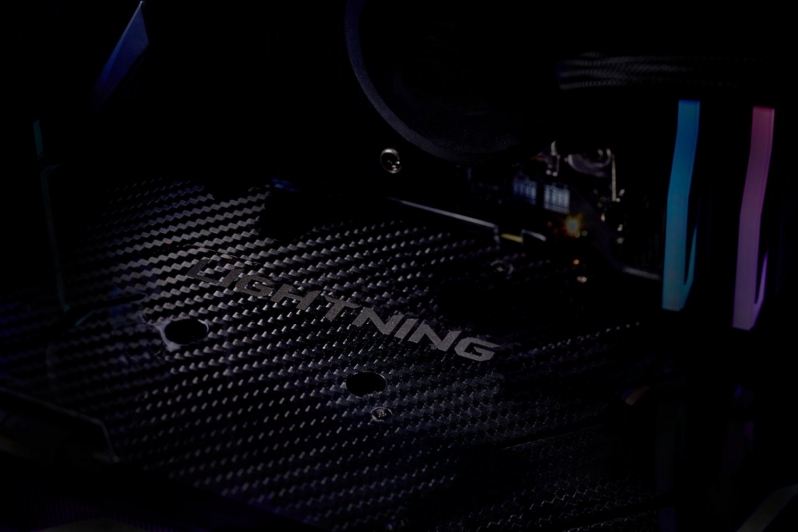 More information about MSI's RTX 2080 Ti Lightning will be made available at CES 2019, which officially starts on January 8th.

You can join the discussion on MSI's RTX 2080 Ti Lightning on the OC3D Forums.