Officially scheduled to launch with Mushkin’s new performance DDR4 memory, each module is hand tested and validated on motherboards from all the major manufacturers. The New Ridgeback DDR4 modules feature XMP 2.0 profiles to deliver easy, reliable overclocking performance with the Intel® X99 platforms and the latest Intel® Core™ i7 Skylake family of processors. 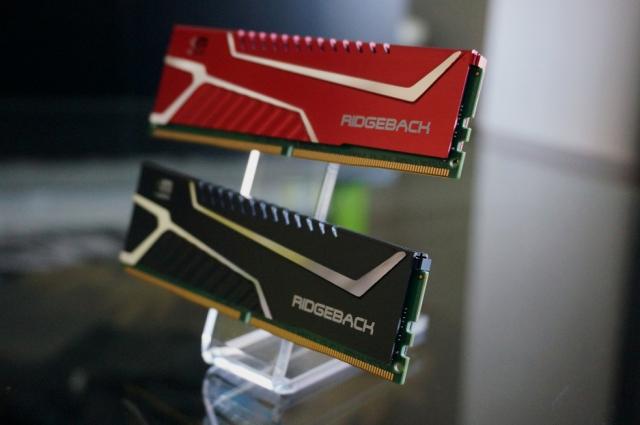 "We're very excited to release the new Ridgeback heatsinks. As we revamp our performance module heatsinks, we’re using the opportunity to deliver a capable thermal management solution while updating our Blackline and Redline series with an edgy, modern design," said Brian Flood, Director of Product Development at Mushkin Inc. “Our designs always have a purpose and we’re pleased to be able to improve our products’ look and functionality”

The new Ridgeback heatsink design will be an exhilarating change as the Ridgeback’s slick and eye-catching silhouette will allow your machine to run smoothly and in style.

You can join the discussion on Mushkin's new Redline and Blackline DDR4 Ridgeback memory on the OC3D Forums.

Tripp
Loving the look of the blackline memoryQuote

yassarikhan786
Quote:
Yeah, they look great. They remind me of trainers for some odd reason.Quote

xnax2802
The design of the heatspreader is really nice, but why are they still using green PCB?Quote

TheF34RChannel
Excellent looking RAM, but no, green PCB for enthusiast-class is a definite no!Quote

Agost
Why are RAM makers still using high profile design? It's not needed and only makes life more difficult when you're dealing with heatsink choicheQuote
Reply