No, Nvidia did not discontinue its RTX 30 series Founders Edition GPUs in Europe

They were temporarily delisted due to a caching issue

No, Nvidia did not discontinue its RTX 30 series Founders Edition GPUs in Europe

Recent reports have claimed that Nvidia has discontinued their RTX 30 series of Founders Edition graphics cards in Europe, following a delisting of these models on Nvidia's official website. These reports are false, as Nvidia has relisted these graphics cards and have confirmed that their delisting was due to a technical error, a website caching error, and was not deliberate.

While Nvidia has relisted their Founders Edition GPU models, they remain out of stock, much like all RTX 30 series models at most retailers. Nvidia's graphics cards remain in extremely high demand, thanks to growing demand from cryptocurrency miners and gamers alike.

One of Nvidia's RTX Founders Edition graphics cards' main perks is that they are one of the few models that actually sell at Nvidia's MSRP pricing and appear to be immune to the price increases that partner cards have seen in recent months. Nvidia cannot ignore their own MSRP prices, and Nvidia has larger margins than their add-in-board partners, allowing them to maintain Founders Edition pricing more easily.

Right now, all newly launched graphics cards are out of stock, and manufacturers have suggested that GPUs will remain hard to acquire until summer 2021. If you are looking for a new graphics card, you will need to be lucky or willing to wait for a little while longer. 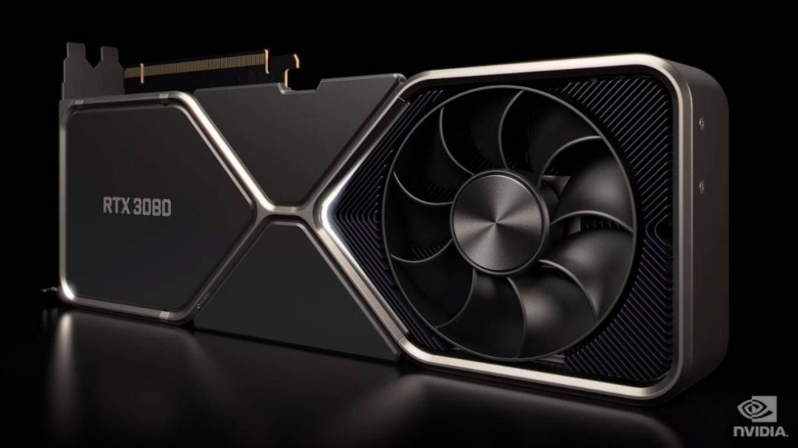 You can join the discussion on Nvidia's RTX 30 series Founders Edition GPUs not being discontinued on the OC3D Forums.

MiNo
What a load of ****. They are not for sale anywhere so why write this. It smells like no one dares to write something negative but the fact is that hardly any FE cards has been for sale in Europe and that has not changed at all. It is a fake launch for the FE cards and almost for the aftermarket cards also. Here in DK only a few shops have had any cards at all, and of them only a few 100 cards have been sold since launch with about 80% of initial orders still not delivered.Quote

looz
Easy with the tin foil, it's not like anyone is trying to deny the shortage.Quote

AngryGoldfish
Quote:
Mark, the writer of these articles, has repeatedly acknowledged and criticised the lack of supply, and pre-emptively wrote articles on the growing mining craze over the last few months.Quote

23RO_UK
Quote:
Mining isn't a craze @AngryGoldfish, it's a f'ing disease! Folding farms I could easily understand especially so in the current climate but mining?? Nah.

To be perfectly blunt, what's money if your dead?Quote

AngryGoldfish
Quote:
Sorry, but I don't understand your comment. Are you talking about COVID-19?Quote
Reply