Is this too good to be true?

Nvidia's Geforce RTX series was revealed in August 2018, making the company's Turing series of graphics cards close to 17 months old. With this in mind, we know that the release of a next-generation RTX architecture must be in the works, as Nvidia cannot rest on the strengths of Turing forever.

The Taipei Times has reported that Nvidia plans to release its next-generation Ampere series of GPUs in the second half of 2020, adopting 7nm manufacturing and new architectural enhancements to deliver significant performance and power efficiency boosts.

Nvidia's next-generation graphics cards will reportedly ship with a 50% boost to graphics performance while halving power consumption, providing gamers with vast generational improvements. Sadly, these metrics do not describe what workload Nvidia's next-generation architecture is under, as this 50% boost could be referring to fully raytraced games, like Quake II RTX, or traditional rasterised games.

What we will say here is that these rumoured numbers don't necessarily mean what they imply. A significant boost in raytracing performance with decreased power consumption is what should be expected from a second-generation RTX product, especially when combined with 7nm. It is also possible that Taiwan Times' source is incorrect, or is overestimating Ampere's performance.

Regardless, Nvidia has had almost two years since the release of Turing to create a successor, and a shift from 12nm to 7nm will yield significant benefits which will complement any architectural enhancements that are made with Ampere. We are expecting big performance enhancements with Nvidia's RTX 30 series, or whatever Nvidia decides to call it. 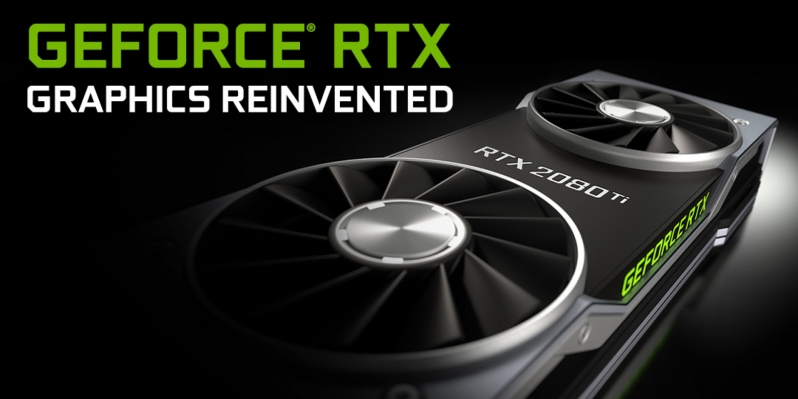 We know that AMD has big plans for its RDNA 2 graphics architecture, but it remains to be seen how it will compare to Nvidia's next-generation offerings.

If AMD can deliver another Navi-like generational leap with RDNA 2, AMD will be able to act as stiff competition for Nvidia moving forward. However, such a performance leap in such a short time may prove too challenging for team Radeon, as RDNA 2 is already due to gain support for hardware-accelerated raytracing and other features.

You can join the discussion on Nvidia's rumoured 7nm Ampere architecture on the OC3D Forums.

grec
Yeah for raytracing performance these kinds of gains are roughly what we'd expect, probably even a little more for pure RT. For traditional shading, probably not best to expect any more than any previous recent jumps(~30% ish) (Though this will be EUV based 7nm, much more EUV in play here on Samsung's node than on TSMC's 7nm+, but depends how they allocate out that die area to the unit types). I wouldn't bet against there being some heavily RT focused games(Which could be the lions share of new AAA games for the next Christmas season) that bear out numbers in this ballpark.Quote

Warchild
According to Gamer Nexus, GPU prices this year are going to rocket astronomically due to shortages.

if current flagships are priced as they are now.. what happens with next gen!Quote

Dicehunter
Quote:
If that's the case I may actually just get a PS5 and call it a day for PC gaming, I only got a 2080 Ti FE because I got lucky and a family member helped, No way I'm spending over £800 on a GPU for minimal gain over a console, Yes I said it, AlienALX can back me up with that claim

A7ibaba
Quote:
You meant to say that mommy bought you a 2080ti ?Quote
Reply