Nvidia is preparing to launch their RTX 4070 Ti, and that means that the company are preparing their website for their official reveal with product pages, specifications, and other information. When preparing these listings, Nvidia's apparently made a mistake, accidentally putting some of these pages live for the world to see, with @momomo_us spotting their RTX 4070 Ti listing. 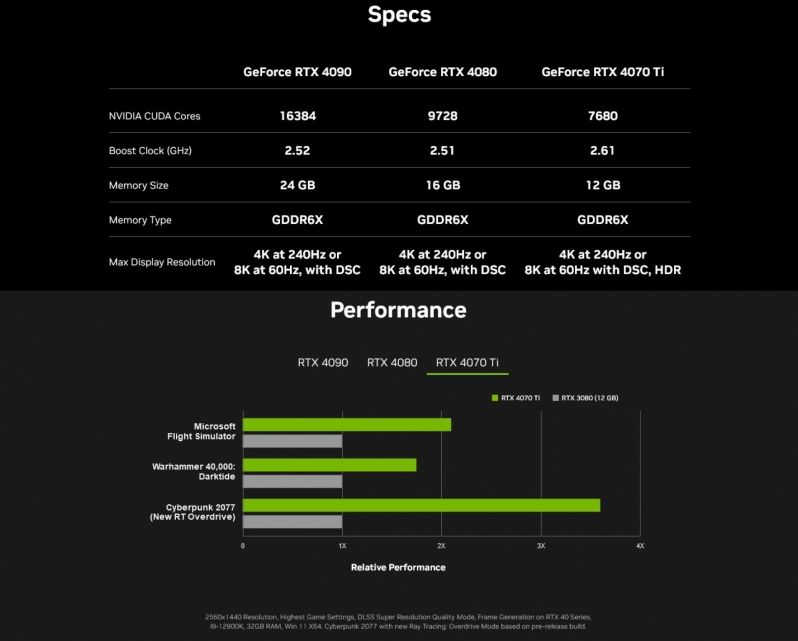 Nvidia's benchmarks above are for three games that feature Nvidia's DLSS 3 technology, which means that all three of the games below rely on DLSS Frame Generation to deliver Nvidia's claimed performance gains. For games that do not support DLSS 3, Nvidia's performance gains with their RTX 4070 Ti will be much lower. Gamers should not expect a doubling of performance in all games.

You can join the discussion on Nvidia's RTX 4070 Ti specifications on the OC3D Forums.