Is this what Nvidia plans to reveal at GTC 2020?

Nvidia's Jensen Huang has stated that GTC 2020 attendees "won't be disappointed", and if these new leaks are true, we now know why. It looks like Nvidia's next-generation Tesla series graphics card will be a performance monster, and we can thank @_rogame on Twitter for bringing is this graphics card's Geekbench results.

For context, Nvidia's RTX 2080 Ti features 4352 CUDA cores across 68 active compute units, and the two leaked Tesla cards below feature 108 and 118 compute units respectively, delivering users 6912 and 7552 total CUDA cores. These numbers assume that the CU-to-CUDA core ratio remains the same for next-gen Nvidia graphics cards. How is this possible? It looks like Nvidia's finally moving to a 7nm lithography node, bringing with it enhanced silicon scaling potential, and the ability to fit more CUDA cores than ever into its compute-focused graphics cards. 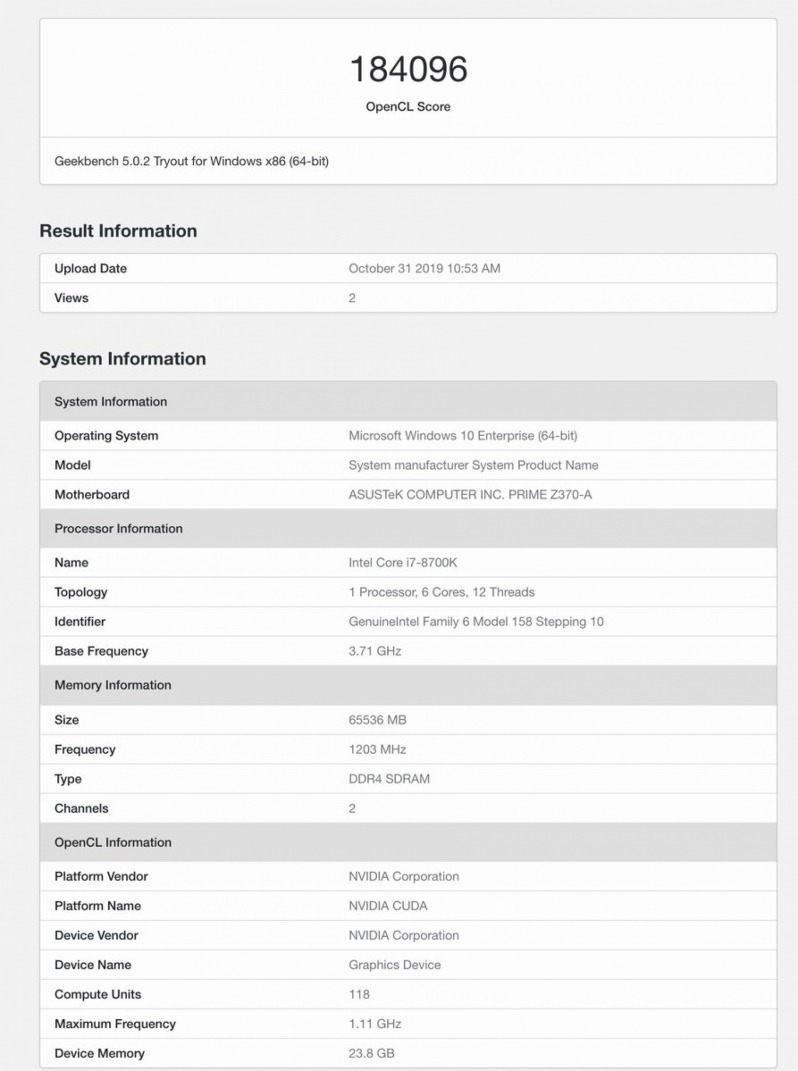 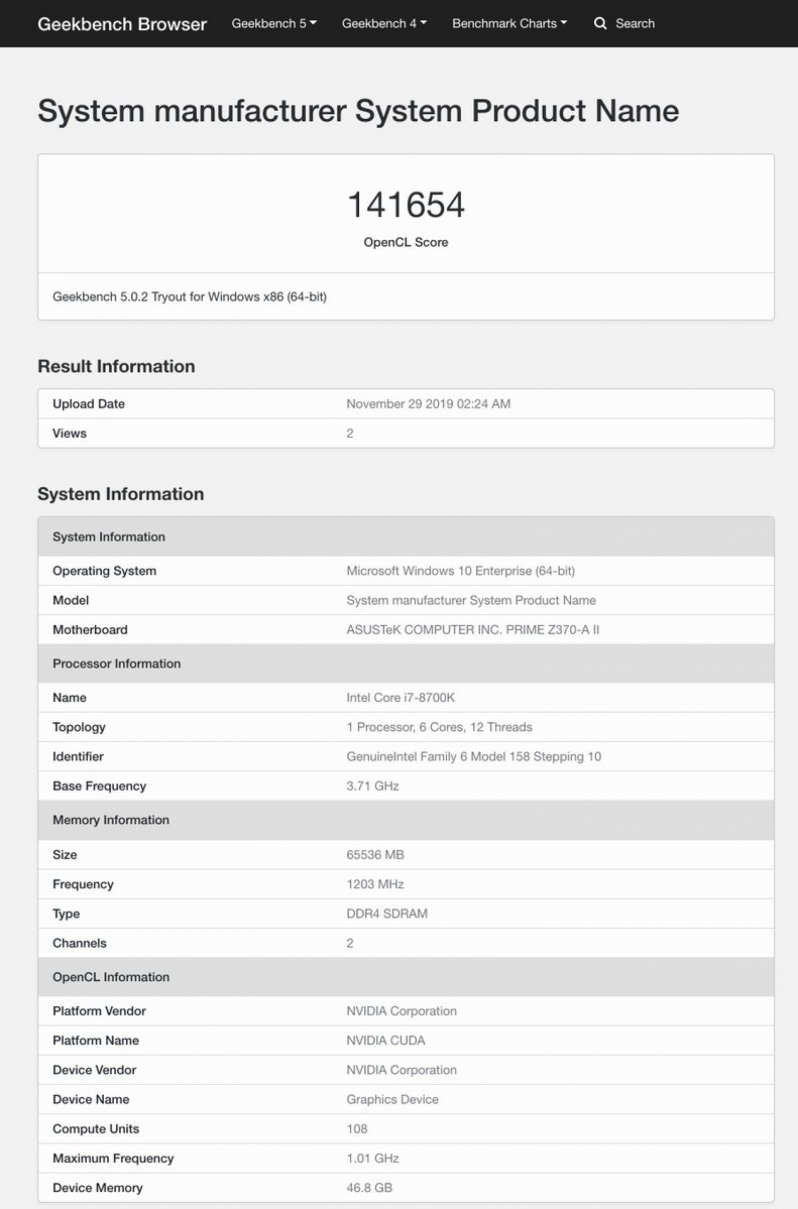 Looking at Jensen Huang's recent comments from Nvidia's Q4 2019 earning call below (via Seeking Alpha), you can see that Jensen is explicitly talking about its data centre business and AI performance. That said, Nvidia could surprise us.

We had an excellent quarter with strong demand for NVIDIA RTX graphics and NVIDIA AI platforms and record data center revenue. NVIDIA RTX is reinventing computer graphics and the market's response is excellent, driving a powerful upgrade cycle in both gaming and professional graphics, while opening whole new opportunities for us to serve the huge community of independent creative workers and social content creators and new markets in rendering and cloud gaming.

Our data center business is enjoying a new wave of growth powered by three key trends in AI natural language understanding, conversational AI, deep recommenders are changing the way people interact with the Internet. The public cloud demand for AI is growing rapidly. And as AI shifts from development to production, our inference business is gaining momentum. We'll be talking a lot more about these key trends and much more at next month's GTC Conference in San Jose. Come join me. You won't be disappointed.

Right now, we expect Nvidia's GTC event to focus on the company's AI performance. Nvidia wants to dominate this growing market, and that goal requires new hardware. Nvidia's Volta series graphics cards have been available for over two years now, and Nvidia's customers are hungry for something newer. If Nvidia wants to cement its AI advantages, they need to release a true Volta successor for the data centre market, and that graphics card could arrive at GTC.

You can join the discussion on Nvidia's leaked next-generation graphics chips and GTC 2020 plans on the OC3D Forums.

Insane performance though. Nvidia with 7nm will be incredibly powerful even without architectural improvements just from sheer brute power available to them.Quote

Giggyolly
If NV try and tap Samsung for such a large die, they're going to have some serious yeild issues.
Potentially viable if it's strictly for Tesla cardsQuote

Dawelio
Maybe not related, but anyone that knows anything regarding if (and possibly when) Nvidia might release their next gen consumer graphics card? Since RTX 2000 series has been out for some time now.Quote

Giggyolly
Quote:
Yeah Q3 will be earliest for consumer cards. Possibly we will see a Tesla at the end of q2Quote
Reply