Nvidia's RTX 4080 12GB and 16GB has very different hardware configurations, so much so that both GPUs didn't use the same silicon. The 16GB model didn't just have 33% more VRAM and memory bandwidth, it was also packed with many more CUDA cores and had a lot more raw computational horsepower.

The RTX 4080 12GB is a fantastic graphics card, but it’s not named right. Having two GPUs with the 4080 designation is confusing.

If the lines around the block and enthusiasm for the 4090 is any indication, the reception for the 4080 will be awesome.

If you look at the chart below, which was supplied by Nvidia, you will see that Nvidia's RTX 4080 12GB is much slower than the GPU's 16GB model. The performance gap between these GPUs is so large that many PC enthusiasts have called Nvidia's RTX 4080 an RTX 4070, or simply complained about how both of these GPUs are being marketed under the RTX 4080 banner.

GPU names should mean something, and it obvious why many people see Nvidia's RTX 4080 12GB name as misleading. It is not close to being as powerful as and RTX 4080 16GB, making the GPU's branding feel wrong to most analysts. Thankfully, Nvidia has listened to its customers and have decided to change things. 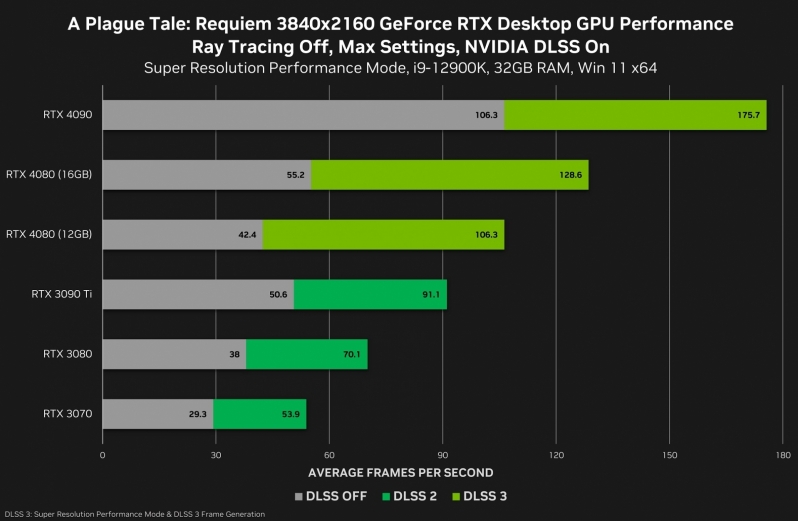 The simple answer to the question above is that we don't know. Nvidia could turn their RTX 4080 12GB into their RTX 4070, or their RTX 4070 Ti. Maybe it could be an RTX 4750? Nvidia hasn't commented on this yet, and it is possible that Nvidia is waiting until AMD's RDNA 3 GPU reveal before showing their hand.

Right now, all we know is that Nvidia will be releasing their RTX 4080 16GB on November 16th.

You can join the discussion on Nvidia cancelling their RTX 4080 12GB on the OC3D Forums.

Damien c
I think most people believe the "4080 12Gb" should have been the "4070" and it will be interesting to see if that is what it becomes.

I still need to actually look properly at the reviews, because I am sick of seeing "X performance increase when using DLSS", I don't care about DLSS just give me raw performance numbers of real rendering at the said resolution.

Although I suspect that may not be as big a performance increase as quite a few like to throw in the headlines.Quote

Dicehunter
The 12GB version should have been revealed as the 4070 as it's clearly not in the same performance bracket as the proper 4080 16GB.Quote

g0ggles1994
Quote:
But then Nvidia can't charge 4080 price for it. Although fanboys will eat it up anywayQuote

Excalabur50
So they've copped too much backlash and decided to drop it, good!Quote

AlienALX
Quote:
No I don't think it was the backlash. They knew what the reaction would be. I reckon they realised it wasn't legal. Trading Standards for example would have been all over it.

Last thing they need is a 3.5gb debacle.Quote
Reply