Nvidia claims that their RTX 3060 crypto-limiter "cannot be hacked"

Nvidia claims that their RTX 3060 crypto-limiter "cannot be hacked"

Earlier today, Nvidia proclaimed that "Geforce Is Made for Gaming" and that their upcoming RTX 3060 graphics card would feature a software-based performance limiter which will limit the graphics card's cryptocurrency mining potential.

In a statement to PC Gamer, Nvidia challenged cryptocurrency miners by saying that their "software cannot be hacked to remove the limiter". In saying this, Nvidia is assuring gamers that cryptocurrency mining limiter cannot be bypassed to make the RTX 3060 as profitable as other RTX offerings in mining applications.

Nvidia has also confirmed that they are "not limiting the performance of GPUs already sold", which means that existing RTX 30 series products will retain their full mining performance. This makes sense, as users of other RTX series GPUs can simply revert to older drivers to bypass Nvidia's performance limits.

In the near future, Nvidia plans to release CMP (Cryptocurrency Mining Processors), which are designed to help drive miners away from their Geforce series products. That said, cryptocurrency miners are likely to see Geforce graphics cards as preferable products, as they have an inherent resale value should the cryptocurrency market collapse.

Nvidia hopes that its RTX 3060 GPUs will make their way into gamers' hands and develop enough goodwill to gain some long-term customers. Cryptocurrency miners are profit-focused, which means that they will abandon Nvidia should more profitable hardware be released or the value of cryptocurrencies collapse. 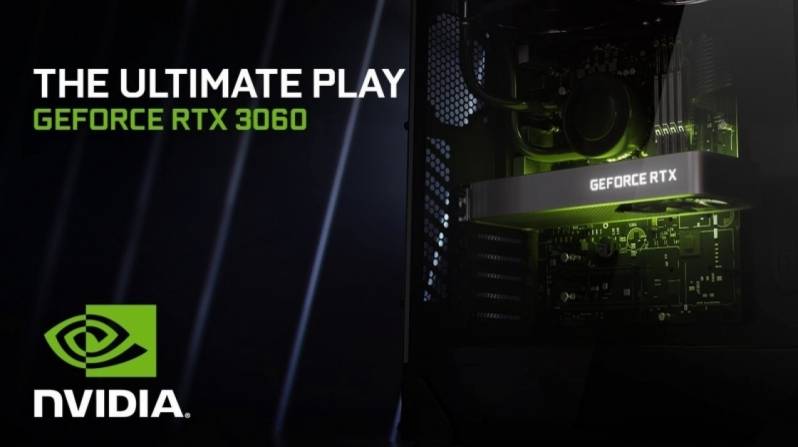 You can join the discussion on Nvidia's claim that their RTX 3060 crypto-limiter "cannot be hacked" on the OC3D Forums.

NeverBackDown
Yeah kinda shot themselves in the foot with that one...

I give it a week at most.Quote

Warchild
Quote:
probably part of the plan. Now everyone will go out and buy them, to prove nvidia wrong. Meanwhile the revenue streams increase for the green team.Quote


"It's not just a driver thing. There is a secure handshake between the driver, the RTX 3060 silicon, and the BIOS (firmware) that prevents removal of the hash rate limiter."

If it's in the firmware it won't be hacked. Just like how for years and years Nvidia locked out voltage and there was no way of hacking it back into action.Quote

AngryGoldfish
Quote:
If that's true, and if Turing is being used for these CMP HX series of cards and isn't eating into Ampere silicon, gamers might actually be able to buy 3060's around launch, and then in a few months actually have reasonably priced alternative Ampere GPUs. And if gamers can buy Ampere GPUs, then AMD GPUs should become more available as well.Quote
Reply