Nvidia clarifies its updates to G-Sync Ultimate - Was it really downgraded?

Nvidia clarifies its updates to G-Sync Ultimate - Was it really downgraded?

Since the release of our article, Nvidia has contacted us to clarify the changes they made to G-Sync Ultimate in late 2020, providing us with the following comment.

Late last year we updated G-SYNC ULTIMATE to include new display technologies such as OLED and edge-lit LCDs.

The ACER X34 S monitor was erroneously listed as G-SYNC ULTIMATE on the NVIDIA web site. It should be listed as “G-SYNC” and the web page is being corrected.

Nvidia has been very transparent about why they altered their G-Sync Ultimate technology. Everything is made clear from the first line of Nvidia's comment, Nvidia wanted to "include new display technologies such as OLED and edge-lit LCDs." Nvidia also made it clear that G-Sync Ultimate never required compatible screens to have a VESA DisplayHDR1000 certification. While Nvidia heavily marketed the specifications of their early 1000 nits G-Sync Ultimate displays and their FALD (Full-Array Local Dimming) backlights, alternative technologies can deliver similar or better results; most notably OLED. That's takeaway number one.

Secondly, Nvidia's main downgrade allegations came thanks to ACER X34 S erroneously being listed as a G-Sync Ultimate monitor. This display features a lowly VESA DisplayHDR 400 certification, a far cry from the 1000 nits peak brightness that Nvidia previously advertised. Since Acer's X34 S display isn't a G-Sync Ultimate monitor, this display cannot and should not be used to allege that Nvidia has downgraded their standards.

Finally, Nvidia has stated that its G-Sync Ultimate displays are defined by their G-Sync processor, not their overall brightness. With G-Sync Ultimate, Nvidia advertises a "fantastic gaming experience including lifelike HDR, stunning contract, cinematic colour and ultra-low latency gameplay." While Nvidia has dropped its old "Best HDR 1000 nits" marketing line, it is the whole package that defines G-Sync Ultimate, not peak brightness alone.

As we have discussed previously, peak brightness is not a great way to judge HDR performance. HDR support is about higher contrast levels, a wider colour gamut and higher levels of image quality. While higher peak brightness levels can increase the contrast ratios of screens, high contrast ratios also require deeper black levels. Brighter isn't always better in the world of HDR. Brighter highlights are meaningless if your darks are over-brightened.

Ultimately, G-Sync Ultimate is about gaming and Nvidia's use of their G-Sync module and their ability to offer their users low latency gaming that's tear-free and offers high levels of image quality. While HDR is part of that mix, Nvidia's changes to G-Sync Ultimate do a lot of good for the standard when you consider the big picture, even if baseline G-Sync Ultimate screens feature lower specifications than Nvidia's original G-Sync Ultimate displays.

While we could argue that Nvidia has downgraded G-Sync Ultimate, the addition of OLED support is a clear upgrade. The addition of edge-lit LCDs will also allow G-Sync Ultimate displays to ship with lower price points, giving gamers a wider selection of monitors to choose from. Nvidia's changes to G-Sync Ultimate delivers more consumer choice, and that is not a bad thing. Accessibility matters. 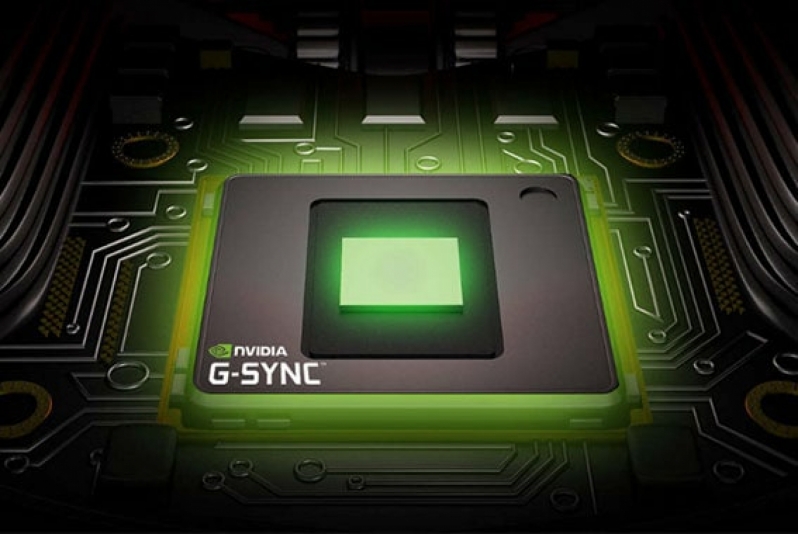 While Nvidia has undeniably altered its G-Sync Ultimate standard, it is hard to argue that their changes aren't good for the G-Sync ecosystem as a whole. That said, Nvidia's lack of transparency regarding these changes is not what we'd call a consumer-friendly action.

Nvidia's main mistakes here were to market their 1,000 nits FALD display specifications so heavily with their initial G-Sync Ultimate monitors, and their failure to inform consumers about their changes to G-Sync Ultimate in late 2020.

Ultimately, Nvidia has changed its G-Sync Ultimate standards to cover a wider range of display types that can deliver higher or lower HDR quality levels than its early G-Sync Ultimate models. With these changes, Nvidia can deliver more G-Sync Ultimate screens to consumers, and all of these screens will use Nvidia's latest G-Sync modules to deliver smooth, tear-free, low latency gameplay.

You can join the discussion on Nvidia clarifying its updates to G-Sync Ultimate on the OC3D Forums.

Bagpuss
The arguments about HDR quality is pretty redundant,IMO when you consider what a steaming pile of hot garbage HDR support is, in Windows, whether on the desktop or in gaming.


Honestly, there hasn't been a single game where I've not had to turn it off because of the wildly differing standards that result in games looking horribly murky or eye destroyingly bright & over saturated.


..added to that, you can't take screenshots with HDR on, as they just look washed out with incorrect colours.Quote

Dicehunter
Quote:
I played on 1 of those high end LG OLED's recently and I thought it was very weird that screenshotting was disabled, Very odd decision.Quote

looz
Has anyone here figured out how to record HDR games? I've resorted to some contrast, gamma & saturation filters to get the colours somewhat sensible, but it's such a fuss that I'm debating just disabling HDR. Similarly, when I play VR, my main monitor becomes absolutely useless, the way colours map is entirely broken. I have to restart it after finishing with VR.Quote

I also have HDR enabled at all times when in Windows so that other things benefit from the FALD and have had no issues with programs looking weird since Windows had its big HDR update. I purchased my monitor just after the update happened.

I've not really tried to screenshot much so I can't comment there, is there a file format that supports wide gamut?Quote

Warchild
Quote:
its more to do with windows ,and the monitor you use. HDR 400 is pointless and shouldnt be allowed to be called HDR. HDR600 or HDR1000 (10) is pretty impressive. SotTR with HDR is a sight to be seen. Absolutely amazing.

Even Division 2 in HDR is good when looking at the flames and lighting.Quote
Reply