This unique GPU cooler design breaks away from the designs of most aftermarket and reference graphics cards of today, offering users a dual-fan design which features a fan on both sides of the GPU, with one fan on the front and another on the rear. Based on the layout of these graphics card, Nvidia's power cables have moved to the back of Nvidia's RTX 3080 design, making this GPU similar to Nvidia reference RTX 2060 and Quadro models.

At this time, Nvidia has not confirmed the release date or feature set of their next-generation graphics hardware, though rumour has it that new GPU launches are planned for September. This release timeframe would make now the perfect time for early GPU designs to leak, as Nvidia is undoubtedly validating their drivers for their next-generation graphics card launches.

Near the PCIe slot of the graphics card below, the words "Certification Pending" are visible on Nvidia's alleged RTX 3080 PCB, making this GPU design appear to be a testing/validation sample. This means that this cooler design may not be final, and that's assuming that this design is legitimate in the first place. 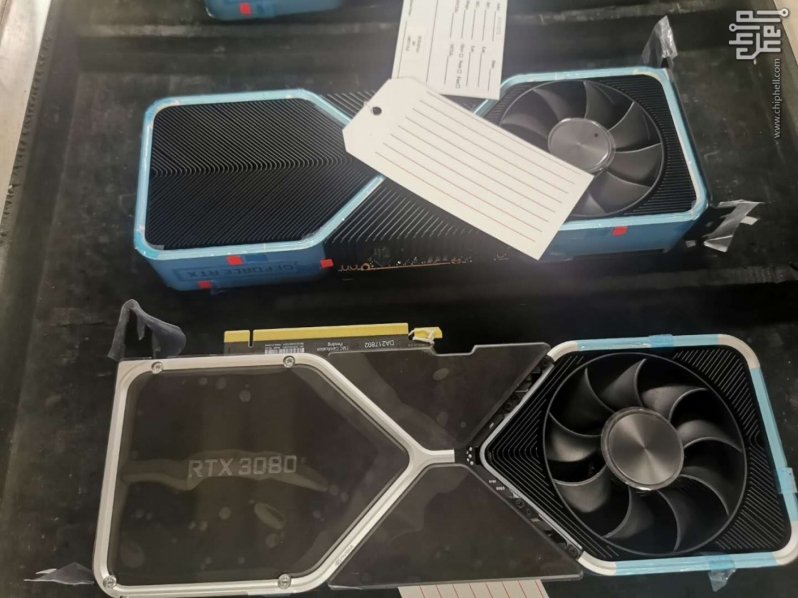 For those who are having difficulty deciphering this alleged GPU design should look at this image from @cloudol on Twitter, which showcases all of the major design features of the graphics card as well as an approximation of the RTX 3080's PCB design. 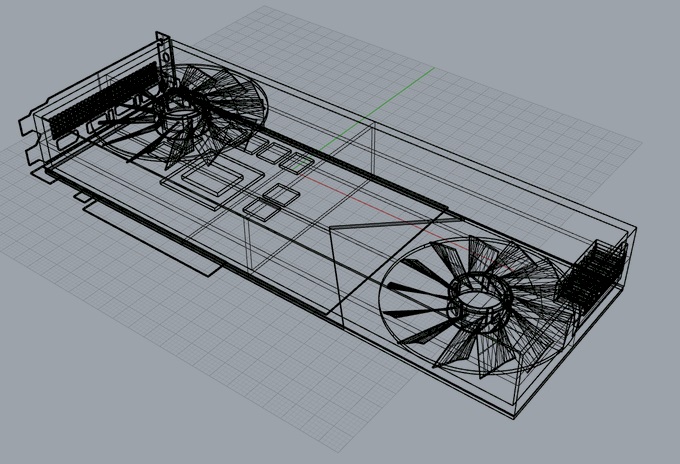 You can join the discussion on Nvidia's Geforce RTX 3080 graphics card on the OC3D Forums.

Giggyolly
That seems way too specific and unlike anything we've seen to be a fake...

Although there's no gold contact pads, so it's not functional.. but who knowsQuote

The thing looks hideous. They have used a sleek industrial design for a long time. And it has worked for them. Further more, those fans look inefficient and loud. I can't see this being real.

Then again leaks on chiphell have been right many times.Quote

Greenback
I think I'd have to agree with warchild, this looks too ugly to be a replacement for what they have now.Quote

AlienALX
It's not complete guys. Look at the way they have covers. I will bet there is one missing from the fan end.

From a design standpoint it makes a lot of sense. The GPU core is near the back plate, and the fins have been designed to push the air through them and then straight out of the back of the case. Which is a fantastic design, IMO, as it will be efficient like a blower only without all of the noise. It won't look ugly with the covers on.

TBH that is engineering pron and I love it. If it's real, of course. Very clever use of fin design to get the air out of the case.Quote