Newly manufactured RTX GPUs will be less appealing to miners

Nvidia has just confirmed that we have long suspected that most of their RTX 30 series range will be updated to feature a cryptocurrency mining nerf, halving the Ethereum mining hash rate of almost all newly produced RTX series graphics cards.

These new nerfed RTX 30 series variants will be differentiated from their unlimited counterparts using the LHR moniker. This means that Nvidia RTX 3060 Ti LHR, RTX 3070 LHR, and RTX 3080 LHR graphics cards will soon hit the market from Nvidia and their add-in-board partners. Nvidia's RTX 3060 will retain in non-LHR name as its original counterpart featured a different Ethereum mining limiter. Nvidia's RTX 3090 graphics card will not be refreshed with an LHR model.

With their LHR (Lite Hash Rate) series, Nvidia plans to deliver more graphics cards to gamers by making their GPUs less appealing to cryptocurrency miners. Doing this should reduce GPU demand from cryptocurrency miners and help to improve RTX 30 series availability amongst gamers. The downside of this is that Nvidia is intentionally removing a feature from its products, limiting its capabilities.

New LHR series GPUs will be listed as LHR series models by retailers and on GPU packaging. This should prevent LHR series GPUs from being sold to those who do not want an Ethereum mining limited graphics card.

Below is what Nvidia has to say about their new LHR RTX 30 series GPUs.

GeForce products are made for gamers — and packed with innovations. Our RTX 30 Series is built on our second-generation RTX architecture, with dedicated RT Cores and Tensor Cores, delivering amazing visuals and performance to gamers and creators.

Because NVIDIA GPUs are programmable, users regularly discover new applications for them, from weather simulation and gene sequencing to deep learning and robotics. Mining cryptocurrency is one of them.

To help get GeForce GPUs in the hands of gamers, we announced in February that all GeForce RTX 3060 graphics cards shipped with a reduced Ethereum hash rate.

Because these GPUs originally launched with a full hash rate, we want to ensure that customers know exactly what they’re getting when they buy GeForce products. To help with this, our GeForce partners are labeling the GeForce RTX 3080, RTX 3070 and RTX 3060 Ti cards with a “Lite Hash Rate,” or “LHR,” identifier. The identifier will be in retail product listings and on the box.

This reduced hash rate only applies to newly manufactured cards with the LHR identifier and not to cards already purchased.

GeForce Is Made for Gaming

We believe this additional step will get more GeForce cards at better prices into the hands of gamers everywhere. 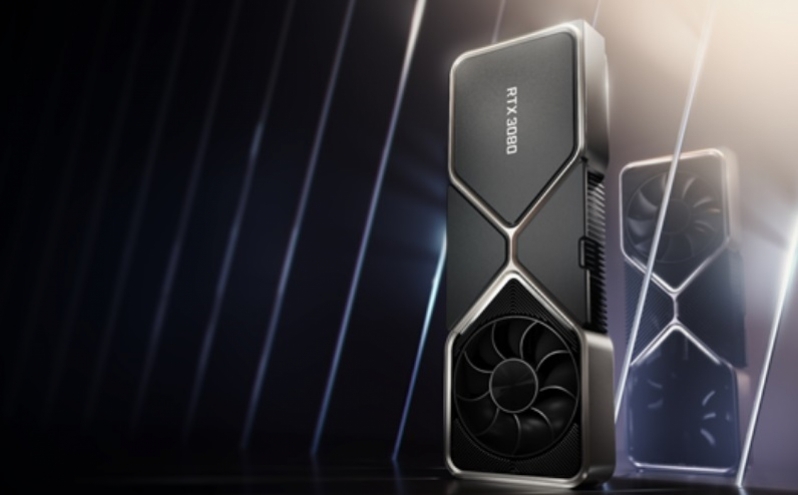 Nogginthenog
Its a reasonable idea in theory, although if you wanted to mine on off hours to fund your gaming PC its not going to impress much.

Problem still is that the only RRP cards are the FEs, and that means one mad scramble every month for the Scan drop if you want a 3060ti, which is probably the optimum card for price/performance for non 4K gaming.

I don;t think this will help much with that issue.Quote

Piskeante
This is actually good news for miners.

1º Because noone will be able to mine more at high profit, which benefits the ones that are already IN.

2º Because obviously, this will deter people from buying this cards for mining, which means no more hashrate added to the pool, which actually means no more difficulty SKYROCKETING ALL THE F*CKING WEEKS.

3º because at the current state of mining, this will also bring prices down for players, since miners are obviously the ones buying almost all the stock available for this cards.

4º This will give more value to our equipment, since it will be the only GPUS profitable and actually usuable for mining (whatever mining may mean in 2022 with the end of ETH mining).

So this is really good news for miners. For new miners wanting to enter, it's a disaster, but since this guys destroy profit for old miners, let's them just fo.Quote

NeverBackDown
According to Linus and his interviews the majority of cards are going to gamers. Gamers are just hyper inflating prices because they are to materialistic and want them. Its just insane demand for normal supply. So wouldn't say it's exactly "obviously miners"

I'm not sure why a miner would buy right now anyway. Dogecoin being the most talked about right now requires nothing but normal currnecy to get into. Bitcoin requires special ASIC hardware, and Etherum isn't that profitable for mining with card prices being so insanely high. You're better off making a quick buck by day trading.Quote

grec
I've paid off the price of my RTX 3060 Ti with 3 months of mining (Not constant mining ofc, lots of gaming and that between, basically just been using my GPU as a cheaper to run electric heater at night) so it was definitely still feasible, but yeah Ethereums mining days are numbered, could be only 3 months of Ethereum mining left possible, maybe 9 months tops, and it would be very risky to try this now,

I'm not too surprised a lot of gamers wanted to get in quickly given if you are a "mining aware" gamer you can basically get your new card for free.Quote
Reply