Nvidia issues "Limited Time" discounts for RTX 3080 and above GPUs

Do you think Nvidia will ever take away these discounts?

Earlier today, Nvidia lowered the MSRPs of their RTX 3080 (12GB), RTX 3080 Ti, RTX 3090, and RTX 3090 Ti graphics cards, officially lowering the cost of their entire high-end RTX 30 series lineup. These discounts are in addition to their new "Face Your Demons" game bundle, which also applies to these graphics cards and gives purchasers access to two games and two DLC packs.

Like their "Face Your Demons" game bundle, Nvidia has called their new high-end RTX 30 series discounts "Limited Time" offers, but has not detailed when these promotional prices will end. These reduced prices could be available for a few weeks, or a few months, Nvidia's not telling us.

If I am honest, it feels like Nvidia's disclosure that their RTX 3080 and above discounts are temporary are a tactic that's designed to encourage sales. If their discounts are temporary, consumers may feel pressured to buy a new graphics card today. Customers will either assume that GPU prices will not be lowered further and that high-end GPU pricing will soon increase again, both of which will help encourage customers to buy new GPUs now.

With Nvidia's RTX 40 series reportedly launching later this year, it is hard to see Nvidia increasing the prices of their products again. Perhaps pricing will return to normal and Nvidia will quickly issue another set of "promotional" prices. All I know is that consumers shouldn't accept Nvidia's normal (higher) pricing after these discounts. GPUs should not increase in value this late in their life cycle. 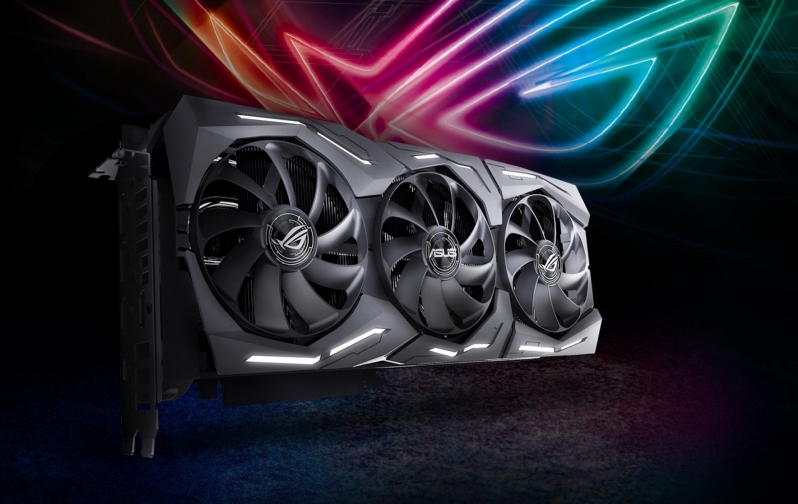 How much have Nvidia's pricing changed?

With these new prices, Nvidia's RTX 30 series graphics cards should be easier to sell at retail. That said, even these prices are high when compared to historic norms. Beyond that, many consumers consider these prices too high for products that will be replaced soon by newer RTX 40 series models. 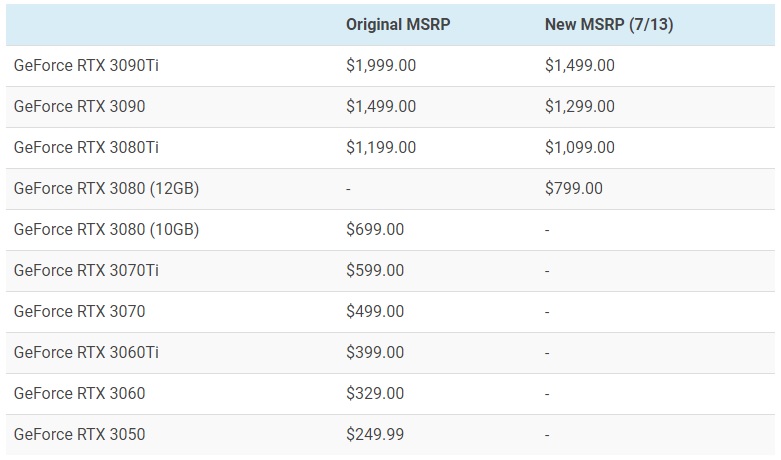 Why are Nvidia lowering prices?

We have been hearing from our sources that Nvidia's RTX 30 series overstock problem will likely affect Nvidia's RTX 40 series launch plans. Too many GPUs are on store shelves and Nvidia will lose a lot of money if they do not sell most of this stock before the RTX 40 series' launch.

In my honest opinion, Nvidia needs to deliver deeper price cuts to encourage more GPU sales. We all know that the RTX 40 series is coming, so we will need to see some excellent RTX 30 series prices to convince most gamers not to wait for next-gen products.

You can join the discussion on Nvidia's RTX 30 series price cuts on the OC3D Forums.

AlienALX
These drops are on all of the white elephant cards that were absolutely ridiculous prices. Problem is they are still ridiculous prices. The 3080 started to drop, then all of a sudden AMD drop theirs and Nvidia put their prices back up again.

It's some sort of stupid game they are playing. And people aren't stupid.Quote

Bartacus
Quote:
This is impossible to argue with, LOL!

AlienALX
Quote:
LOL ok man you got me