50 RTX 4090 GPUs have suffered from melting cable issues globally, and Nvidia now knows the cause of these issues

Nvidia has now released an official statement regarding the widely publicised issues that have affected some GeForce RTX 4090 users, confirming that around 50 users have been affected by the 12VHPWR cable melting phenomenon.

With Nvidia only knowing about 50 or so cases globally, we can conclude that Nvidia's RTX 4090 cable melting issue is not widespread, as Nvidia has reportedly sold well over 100,000 RTX 4090 graphics cards. Nvidia has also stated that their investigation has suggested that incorrect cable insertion is a common issue that has resulted in melted 12VHPWR cables.

Below is Nvidia's official response to gamers who are concerned about their RTX 4090's 12VHPWR cables melting.

We are actively investigating the reports. We are aware of about 50 cases globally.

We are investigating additional ways to ensure that the connector is secure before powering on the graphics card.

NVIDIA and our partners are committed to supporting our customers and ensuring an expedited RMA process, regardless of the cable or card used. 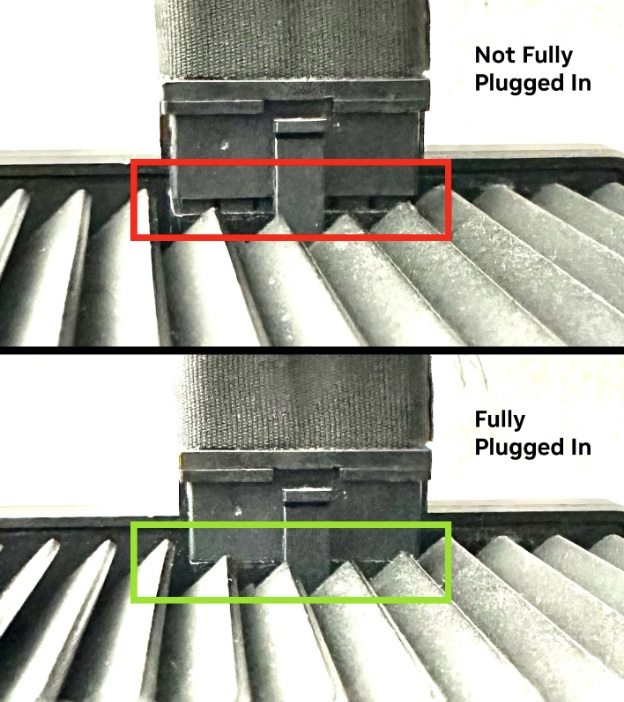 Users of graphics cards with 12VHPWR connectors should ensure that their GPU's power cables are inserted fully and that cable's connection is secure. Nvidia has stated that they are investigating ways that can help ensure that connectors are secure before powering up their graphics cards.

You can join the discussion on Nvidia's official comments on the RTX 4090''s 12VHPWR issues on the OC3D Forums.

dazbobaby
So GamersNexus does the leg work.
I'm not a huge fan of GN, I think they could get to the point a lot quicker but like to stretch things out.


But they did some good work on this.Quote

meuvoy
Quote:
They always do a good work, if you don't like you data you can always just skip to the conclusion and/or to the averaged charts like I do.

I'm sure whoever likes to see in detail everything loves how detailed their presentation is and we should at least give them credit for that. And I won't lie, sometimes I am interested in a given chart and I go in there looking for it.

TL.DR - Remember you can always skip content, but you can never find data that has not been published.Quote

i find it way more annoying when reviewers seem to be blinded by getting stuff for free.

Digikid
Quote:
Agreed. Steve is VERY long winded indeed. However I just jump to his conclusions.


However his videos on this issue are quite informative.


My take on this is just that Nvidia adopted a very poorly made connector and there HAS to be improvements in the very near future....which is also quite true.Quote
Reply