Today, Nvidia has revealed their new "Be Greater" game bundle, which will be giving new purchasers of high-end Geforce graphics cards a free copy of Marvel's Spider-Man Remastered on PC.

This bundle will be available through supported retailers with purchases of new RTX 3080, RTX 3080 Ti, RTX 3090, and RTX 3090 Ti graphics cards.This bundle also applies to gaming laptops and pre-built desktop PCs that include RTX 3080 series or RTX 3090 series graphics cards. 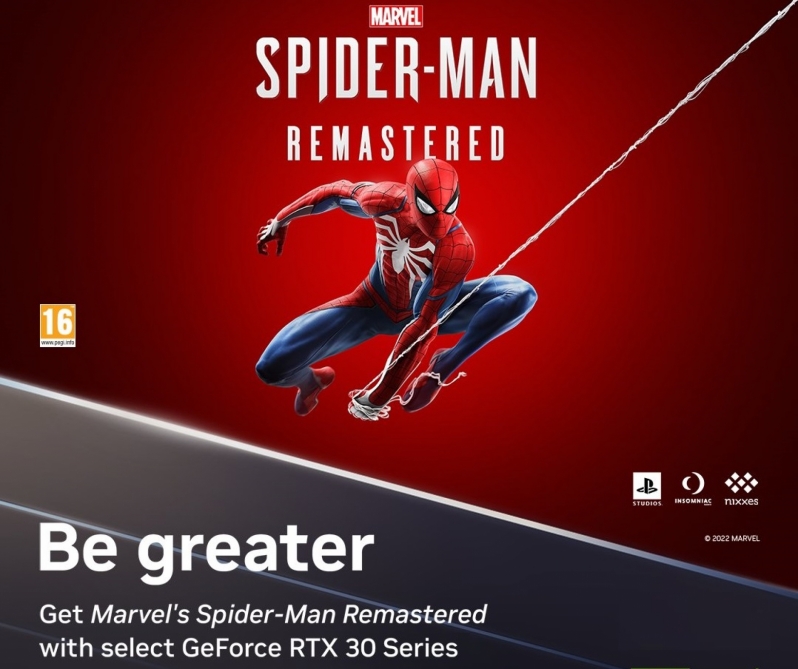 Nvidia's Be Greater game Bundle is designed to help Nvidia to sell graphics cards, which are currently overstocked at most major retailers. Pricing for Nvidia's RTX 3080/3090 series graphics cards have rapidly declined over the past few months, forcing Nvidia to come up with additional ways to push GPU sales.

You can join the discussion on Nvidia's "Be Greater" game bundle on the OC3D Forums.