DOOM Eternal's getting an RTX upgrade this month

Nvidia has launched their Geforce 471.11 Game Ready Driver, which is optimised to provide excellent day-1 performance on many newly released and soon to be released games.

One of the highlights of this release is Nvidia's enhanced support for DOOM Eternal, as the company's Geforce 471.11 driver is optimised for the game's upcoming Ray Tracing and DLSS enabling patch. This driver is also enhanced to deliver optimal performance in LEGA Builder's Journey, F1 2021 and Rust's upcoming DLSS patch.

This driver also comes with support for Escape from Tarkov's Nvidia Reflex update and can address flickering issues within World of Warcraft: Shadowlands.

Full release notes for Nvidia's Geforce 471.11 driver are available below. 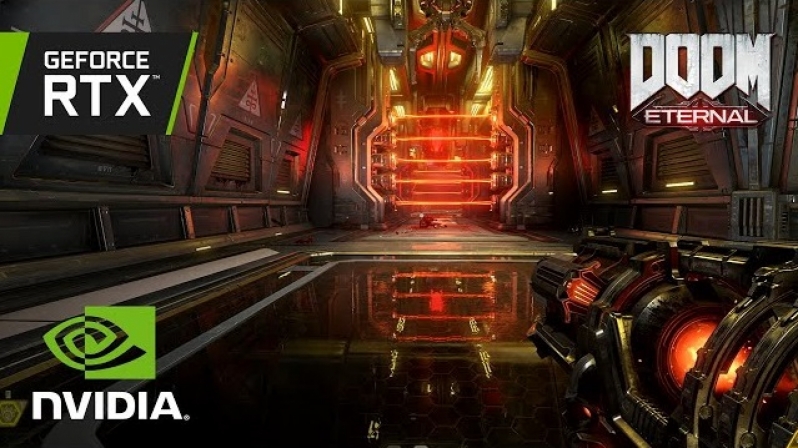 Game Ready Drivers provide the best possible gaming experience for all major new releases.
Prior to a new title launching, our driver team is working up until the last minute to ensure every
performance tweak and bug fix is included for the best gameplay on day-1.

This new Game Ready Driver provides support for the latest new titles and updates, including the
latest patch for DOOM Eternal which introduces ray-trace reflections and NVIDIA DLSS
technology.

Changes and Fixed Issues in Version 471.11

- [World of Warcraft: Shadowlands]: Random flicker may occur in certain locations in the game [3206341]
- [SLI][GeForce GTX 980M]: The system locks with a black screen upon booting into Windows. no repro with 457.51. [3266090]
- [Surround][GeForce RTX 3090]: With Surround active, setting Bezel Correction disables Surround. [3286449]
- [Crossfire][GeForce Experience][FreeStyle]: Freestyle might not work on Crossfire after the game is updated. [200736765]
- [HDR]: Some specific HDMI displays might show some flickering in HDR mode. [200729987]
- [Steam VR game]: Stuttering and lagging occur upon launching a game while any GPU hardware monitoring tool is running in the background. [3152190]
- [NVIDIA Ampere GPU]: Colors may appear incorrect in games if sharpen Freestyle filter is used with HDR enabled. [200658208]
- Display may flicker or lose signal when launching a game on an adaptive-sync VRR monitor in multi-monitor configuration when sharing the same display mode [3314055]
- DisplayPort monitor may not wake from sleep when connected in extended mode with an HDMI 2.1 display that is powered off. [3281998]

As with every released driver, version 471.11 WHQL of the Release 470 driver has open issues and enhancement requests associated with it. This section includes lists of issues that are either not fixed or not implemented in this version. Some problems listed may not have been thoroughly investigated and, in fact, may not be NVIDIA issues. Others may have workaround solutions.

You can join the discussion on Nvidia's Geforce 471.11 Game Ready Driver on the OC3D Forums.