Most of our readers will be very familiar with Nvidia GameWorks, a collection of software libraries and utilities that game developers and even those outside of the gaming industry can use in order to simplify game development and help produce more realistic game visuals or physics interactions.

While all of this sounds very good, Nvidia's GameWorks initiative has not been free from controversy, as many Nvidia GameWorks games in the past have been known for being overly demanding on systems, especially those running on AMD Hardware and many critics and developers have criticized Nvidia for not making the Source Code for GameWorks tools publicly available, instead only giving it to certain developers privately upon request. 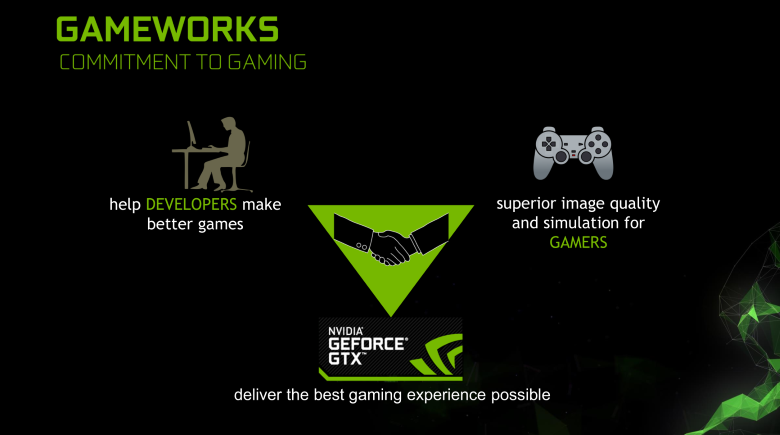 Now it seems that with the Release of GameWorks 3.1 Nvidia is moving to become more Open with GameWorks, having announced that PhysX, PhysX Clothing, PhysX Destruction, Volumetric Lighting and Nvidia's FaceWorks Demo are now all available with Source Code on Github, with HairWorks, HBAO+ and WaveWorks being added at a later date.

This move makes Nvidia's GameWorks a lot more similar to AMD's GPUOpen, though all of Nvidia's Tools and libraries will not be available to the public with souce code from the start, though Nvidia do say that they intend to release the source code for "most or all technologies over time". 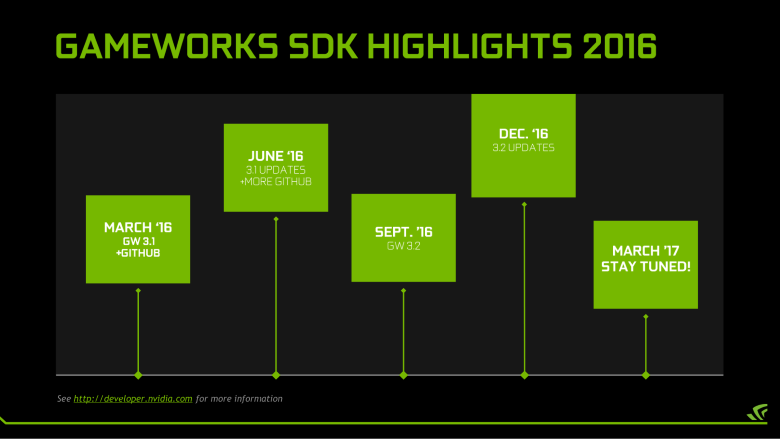 Nvidia has not set any clear dates for when more of GameWorks' tools will become available with source code on Github, but this move will certainly make a lot of developers and PC gamers happy, as it will in time take away the black box nature of Nvidia's older GameWorks tools. 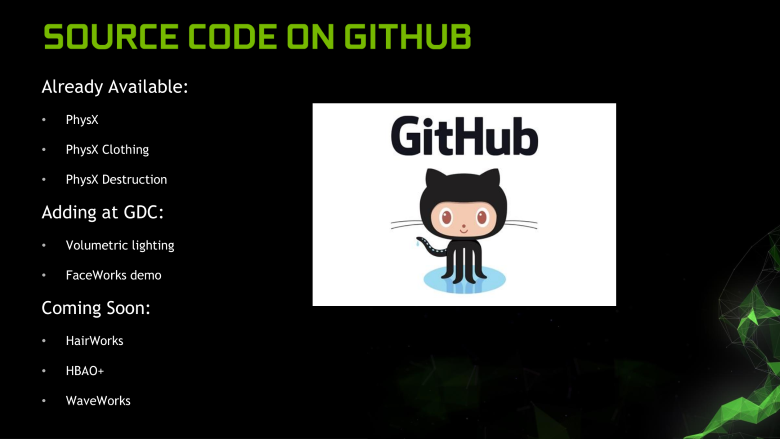 Right now we do not know what kind of EULA (End User Licence Agreement) will be released with the source access of Nvidia's GameWorks, as Nvidia would certainly like to maintain full control of their GameWorks Ecosystem.

All in all making the Source code publicly available for Nvidia GameWorks tools is a very positive move for Nvidia, though right now we are not certain how much developers will be permitted to edit the code.

You can join the discussion on Nvidia making GameWorks Source Code publicly available on the OC3D Forums.

Kushiro
About time they followed suit.Quote

barnsley
Nice to see nVidia have finally started to try and rescue gameworks from being a complete PR disaster it was slowly becoming.Quote

xnax2802
Are they feeling the pressure, or are they starting to come to their senses?Quote

Kilbane
But if that code is publicly available, how will fanboys blame "secret coding" for games not working well on other hardware