It's official, Nvidia has revealed their RTX 3080 Ti and RTX 3070 Ti graphics cards, offering gamers significant upgrades to memory bandwidth and core performance alongside higher TDPs than their non-Ti counterparts.

In short, what Nvidia's offering here is more performance, with Nvidia's RTX 3080 Ti effectively replacing their RTX 3090 for all users who do not require the 3090's colossal 24GB frame buffer. The RTX 3070 Ti fills the performance gap between their existing RTX 3080 and RTX 3070 models, a gap that is currently occupied by AMD's RX 6800 graphics card.

For £1,199, Nvidia's RTX 3080 Ti is a crazy graphics card, shipping with a $500 price increase for 20% more memory bandwidth and an 18% increase in CUDA core count. The RTX 3080 Ti is Nvidia's new "gaming flagship", and that title comes with a premium price. What this means for the RTX 3090 remains unclear, as surely it should have the title of "Gaming Flagship".

With an MSRP of $599, Nvidia's RTX 3070 Ti is a lot more reasonably priced, featuring an upgrade to GDDR6X memory and 256 more CUDA cores. This graphics card also features a TDP uplift over Nvidia's RTX 3070, giving gamers 50 watts of additional power to push into their gaming systems. 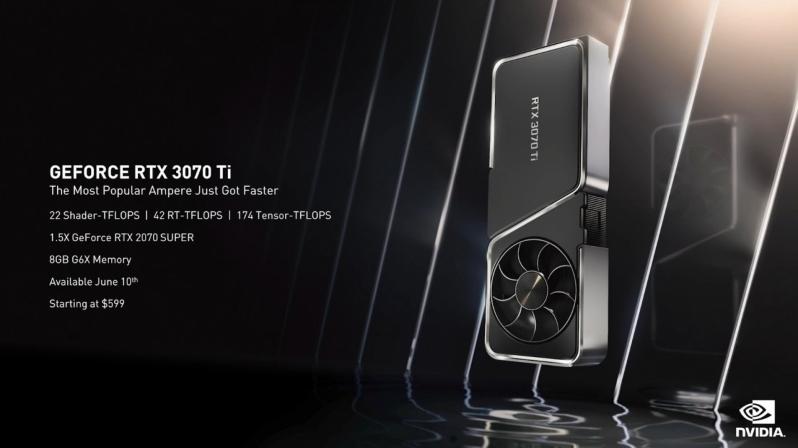 That said, with the GPU market as it is, it is hard to know if Nvidia's AIB partners or retailers will even attempt to sell these graphics cards at MSRP. These MSRP prices are meaningless in today's market, given today's ultra- high demand situation. 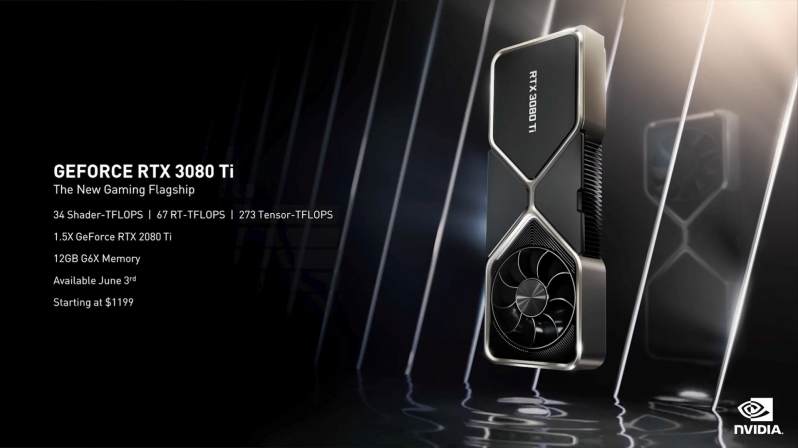 You can join the discussion on Nvidia's RT 3080 Ti and RTX 3070 Ti graphics cards on the OC3D Forums.

Warchild
So its basically in line with the 20 series. Little surprised by that actually.Quote

Peace Đ
Guess I'd rather get an entirely new platform with that amount of money and wait a little longer. My 1070 is barely getting used these days anyways...Quote

Linchpin
They'll all be sold to scalpers in about 30 seconds anyway so I can't even be bothered to complain about the MSRP pricing on these. Between the various cryptos driving up prices, along with the chip shortages and scalpers all this gaming stuff is fast becoming more trouble than it's worth.Quote

..and the saddest part about it is that there's no shortage of idiots in the PC gaming space who think that's a good deal and will line up to throw money at Nvidia.

AngryGoldfish
I genuinely thought Nvidia would try to better compete with the 6900XT. I guess not. They don't need to.Quote
Reply