Nvidia officially reveals their RTX 4070 Ti, and it will be available on January 5th

Nvidia has just revealed their RTX 4070 Ti graphics card, bringing the benefits of their Ada graphics architecture to a lower price point and a broader selection of gamers. With an MSRP of $799 and performance levels that a "faster than RTX 3090 Ti", Nvidia promises to offer gamers more value and more performance than what they delivered last generation Ampere offerings. Based on the reveal image below, Nvidia's RTX 4070 Ti will have an AIB-only launch, which means that gamers should not expect to see an RTX 4070 Ti Founders Edition model. 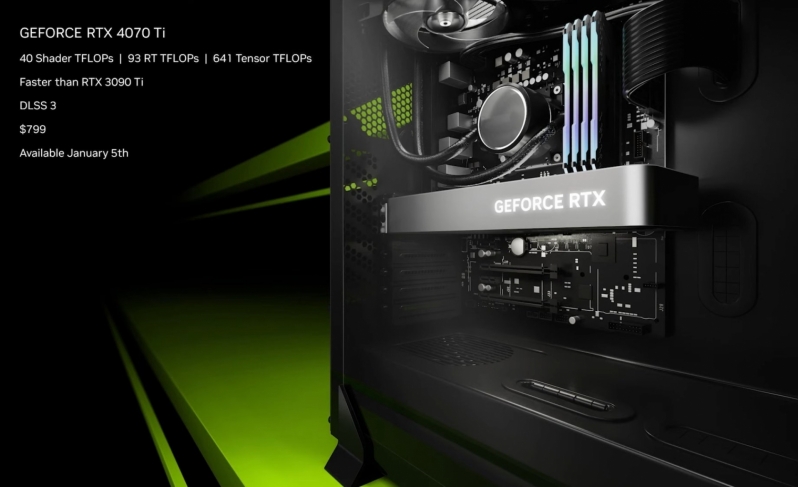 DLSS 3 does a lot of heavy lifting 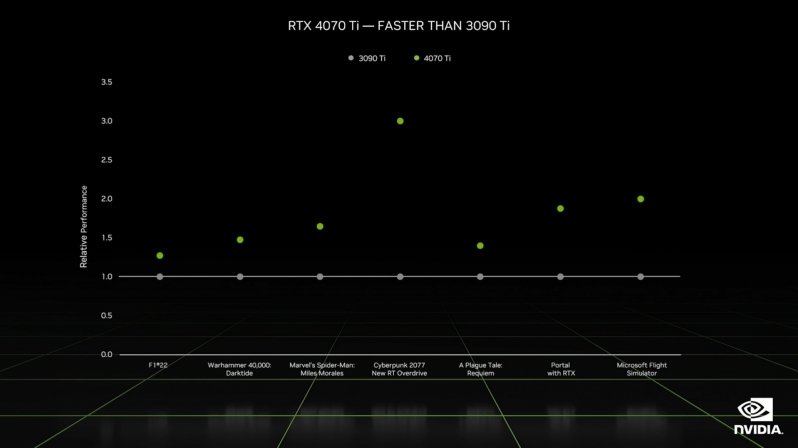 Nvidia's RTX 4070 Ti will become available at retailers on January 5th, which means that this GPU will move from reveal to release within the span of just two days.

You can join the discussion on Nvidia's RTX 4070 Ti graphics card on the OC3D Forums.

dazbobaby
Anyone else remember when £800 bought you two top/high end GPU's for SLI hair pulling.


Now it's one mid-range card.Quote

KingNosser
they sure wont be £800 expect 1k is my feeling.Quote

Gothmoth
given the prices of other gpus i would be surprised if i see any 4070 under 900 euro here in germany.


i only hope that the market is crashing even more.

it looks good so far, GPU sales are very low in Q3.
i hope that trend continous.Quote

AlienALX
Quote:
No it isn't. It's a low end one.