Nvidia built too many RTX 30 series GPUs, and that's a problem

Mining boomed, and now mining has bust. Cryptocurrency values are down the toilet and that has had an impact on the GPU market. Nvidia tried to satisfy demand for cryptocurrency mining hardware, and now that crypto has crashed, the market has been flooded with graphics cards that were intended for miners, not gamers. This situation will impact Nvidia's RTX 30 series GPU launches, and we will discuss this topic in more detail later.

Today, cryptocurrency miners are selling RTX 30 series graphics cards are absurdly low prices, hoping to recoup their investment as the value of cryptocurrencies like Ethereum crashes. The used GPU market is now flooded with graphics cards, and new GPUs are sitting on store shelves. Consumers are not longer willing to pay high prices for graphics cards, especially now that most nations face recession.

To make matters worse, Nvidia and their partners can no longer supply their hardware to countries like Russia due to economic sections, or ship to landlocked nations that have their goods flow through Russia. Cryptocurrency mining had gained a lot of traction in Russia as China cracked down on cryptocurrency mining, and now graphics cards that were intended for Russian mining operations needs to go elsewhere. Simply put, Nvidia and their hardware partners have too many graphics cards, and they are hard to sell in today's market.

How does this affect the RTX 40 series?

Rumour has it that Nvidia has attempted to scale back their orders with TSMC, a clear sign that Nvidia doesn't think they will ship as many graphics cards as expected over the next few quarters. As mentioned before, the GPU market is flooded with both new and used RTX 30 series graphics cards, and that is not good news given Nvidia's plans to launch RTX 40 series hardware within the next few quarters.

If RTX 30 series GPUs are widely available at low prices, either on the new or used markets, Nvidia's RTX 40 series products will be less appealing to buyers. This is especially true in the low-end and mid-range GPU market, where value is king.

Nvidia are reportedly considering a delay for its RTX 40 series, a move that will give their hardware partners more time to shift unsold RTX 30 series products. This delay will help to alleviate Nvidia's RTX 30 series oversupply problem, but leaves Nvidia vulnerable to AMD's RDNA 3 series graphics cards, which are due to launch this year. 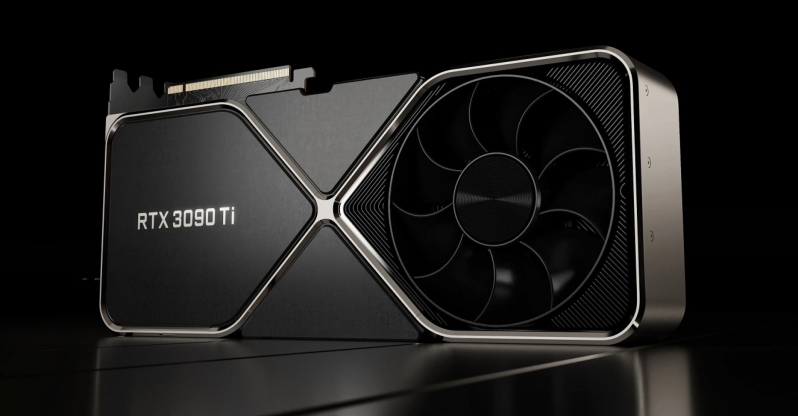 Nvidia could delay the launch of all of their RTX 40 series products by a few months, that's what a simple delay would look like. However, this move would give AMD an upper hand with their RX 7000 series RDNA 3 based products.

A move like this from Nvidia will allow the company to continue selling their oversupplied RTX 30 series stock for some time, while also allowing RTX 40 series products to be on store shelves to compete with RDNA 3 in the high-end market. If Nvidia uses this strategy, it will be a while before RTX 4060 and possibly RTX 4070 series products launch, as these launches will be the launches that are delayed.

If Nvidia ignores its oversupply of RTX 30 series products, it could result in huge losses from both Nvidia and their AIB partners. This is why Nvidia could feel pressured to delay their next-generation products.

You can join the discussion on Nvidia's rumoured consideration of an RTX 40 series delay on the OC3D Forums.

Piskeante
Just one correction for the article:

The problem is NOT cryptmining right now. With the correct setup and price per kWh, it's possible to mine with profit.

The issue, and the reason why there is oversupply in GPUS, AND it's going to be like this almost forever, is that no coin will be able to replace ETH once it goes PoS.
In a bear market, it's possible to buy gpus and mine , even at a loss , hoping that coin will recover price in the future, and you´ll ROI fast your investment if that happens.
But now, with ETH going PoS in just about 2 months, investing on GPU mining is the worst investment you can do right now.


To be clear: GPU mining is dead. Not because of the profit. But because once ETH goes PoS you will not be able to mine anything with profit. This is the reason why no GPUS are being sold and will never be again.Quote

It's funny how when there is high "demand", prices quadruple, but when there is severe overstock, a $400 card can't become a $100 card, pretty one-sided rules don't your think? Yes, you should make a loss, don't care about your manufacturing costs, what do you think we had to do when we overpaid for your ****? Suffice to say, get ****ED.

You DESERVE it all nVidia.Quote

Dicehunter
I'd love it if Jensen Wang was taken down a peg or 2, Just really cannot stand the man, Nvidia stock plunging in value, His leather jacket going missing, Anything to get that smirk off his face.Quote

Dawelio
Quote:
Unfortunately there would require a lot more than that to make that happen...

So technically since November 2021, which is 8 months ago, Nvidia has lost literally more than half of it's net worth. Damn!

This is atleast according to this link: https://www.macrotrends.net/stocks/c...idia/net-worthQuote

Warchild
Quote:
Nvidia has been over evaluated for a long time. There needs to be an investigation made because it should not be valued like it is.Quote
Reply