The promise of Nvidia's DLSS (Deep Learning Super Sampling) technology was to improve it with time through the use of deep learning algorithms; and with DLSS 2.0, Nvidia has seeming mitigated the major downsides of its AI upscaling technology.

When Nvidia first announced DLSS, we said that it had the potential to be more revolutionary than raytracing, at least in the short term, but lower than expected levels of visual quality sent that dream crashing down to earth. To judge the quality of Nvidia's initial DLSS implementation, you need only look at our PC performance analysis for Metro Exodus.

Another improvement is that DLSS 2.0 uses the same network for all games, which will allow game developers to integrate DLSS more easily, and allow Nvidia to update its DLSS network without breaking game support. This should help DLSS' quality improve more over time.

Nvidia's latest AI network can also execute much faster than before, allowing the algorithm to update over 2x faster than before. This has allowed Nvidia to remove the resolution limitations of older DLSS implementations, which is great news for all Geforce users.

DLSS 2.0 is already available in Wolfenstein: Youngblood and Deliver Us The Moon, though the feature will come to Mechwarrior 5: Mercenaries and Control later this week.

Below is an example of how Control's visuals are improved thanks to DLSS 2.0, as graphical artefacts on fast-moving objects and on fine meshes are removed and the final image appears somewhat sharper than before. 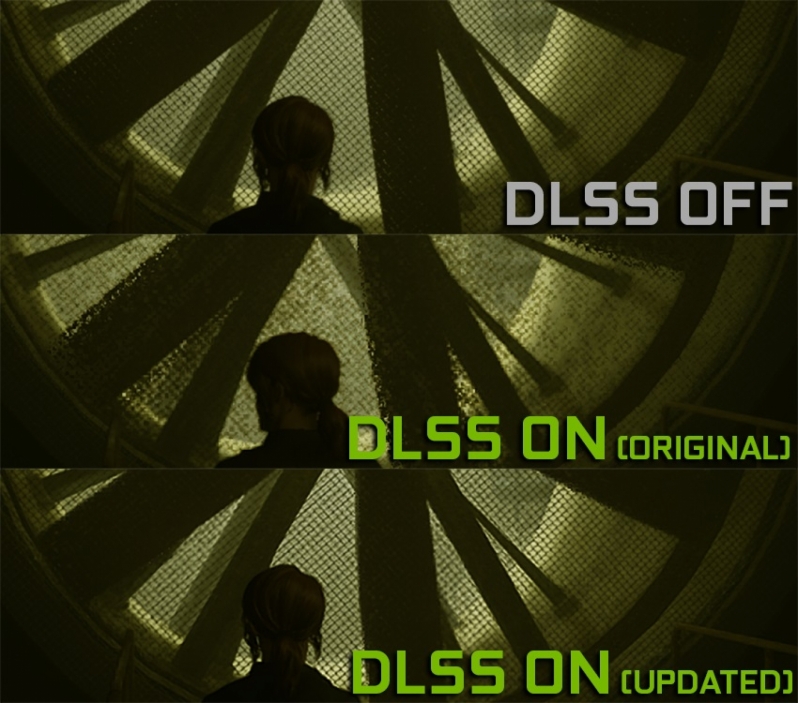 DLSS will continue to improve

Nvidia's DLSS technology will continue to improve thanks to the powers of Nvidia's neural networks and the efforts of the company's development staff. Gamers can expect DLSS' performance and quality to continue to improve over time, which is great news for all users of Geforce RTX series graphics cards.

You can join the discussion on Nvidia's DLSS 2.0 technology on the OC3D Forums.

Warchild
Can someone explain why it was added to Mech 5? the game isnt even close to being taxing on the card so I dont really see the point.

Or rather, 980ti seemed to run things at max.Quote
Reply