A new GPU/Game bundle has arrived!

Nvidia has officially revealed their new "Forge Your Army" game bundle, which gives new purchasers of Nvidia's GTX 1080 and GTX 1080 Ti GPU a free copy of Middle Earth: Shadow of War. This applies to both new systems, notebooks and standalone GPUs, though only when purchased at Nvidia-partnered participating retailers.
This bundle will be valid on GPU purchases between September 26th and October 16th, with purchasers getting free download codes with their purchase that are redeemable on Nvidia's Geforce Experience software utility. Full terms and conditions can be read here. 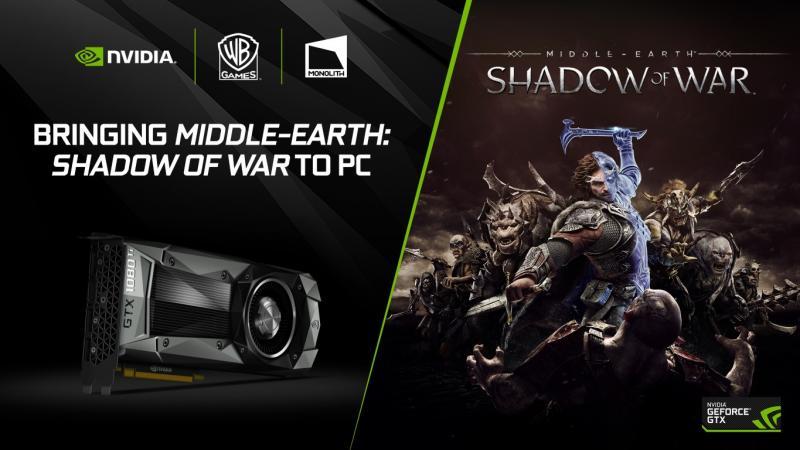 Middle-Earth: Shadow of War is expected to rum best on Nvidia hardware, given Monolith co-branding with Nvidia and the game's support for Nvidia-exclusive technology like Ansel. The PC version of the game will also release with support for HDR and come with 4K-ready textures, which should allow the game to look sharper and more detailed than ever on a modern high-resolution display.

Middle-Earth: Shadow of War will release on PC, Xbox One and PS4 on October 10th.

You can join the discussion on Nvidia's "Forge Your Army" GPU bundle on the OC3D Forums.