Better performance at a lower price

Thanks to Videozardz, we have our first look at official RTX 3060 Ti performance numbers, data which comes directly from Nvidia. Thanks to the power of Ampere, Nvidia's RTX 3060 Ti offer performance levels which are equal to or faster than their RTX 2080 Super.

While full specifications of Nvidia's RTX 3060 Ti remain unknown, the company reportedly revealed that the graphics card would launch on December 2nd.

With Nvidia comparing the RTX 3060 Ti to their RTX 2080 Super and RTX 2060 Super, it seems likely that Nvidia will a launch their RTX 3060 Ti with 2080 RTX Super-like performance at sub-$400 pricing. That's great news for PC gamers, as this brings higher performance levels to lower pricepoints. 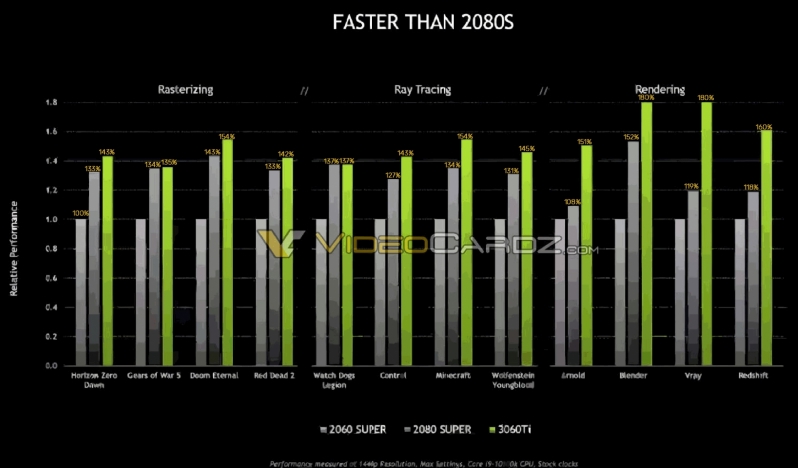 You can join the discussion on Nvidia's RTX 3060 Ti performance data on the OC3D Forums.

Giggyolly
This better not be a 6gb card lmaoQuote
Reply