Miners can still earn almost $7 per day using the GPU

"Geforce Is Made for Gaming", that's what Nvidia claimed when they revealed the so-called "Ethereum Lock" on their RTX 3060 graphics card, a feature within the GPU VBIOS and drivers that intentionally hobbles the graphics card's performance when mining the cryptocurrency Ethereum.

Tacking cryptocurrency mining with software is a challenging task for Nvidia, as it requires the company to find a way to differentiate mining workloads from other computational tasks. An anti-mining software solution from Nvidia is useless if it impacts other workloads and is even more useless if miners find a way to bypass the limiter. While Nvidia has done a good thing to gamers by hobbling Ethereum mining on their RTX 3060, it will not be enough to have any real impact on demand for graphics cards from large mining farms. 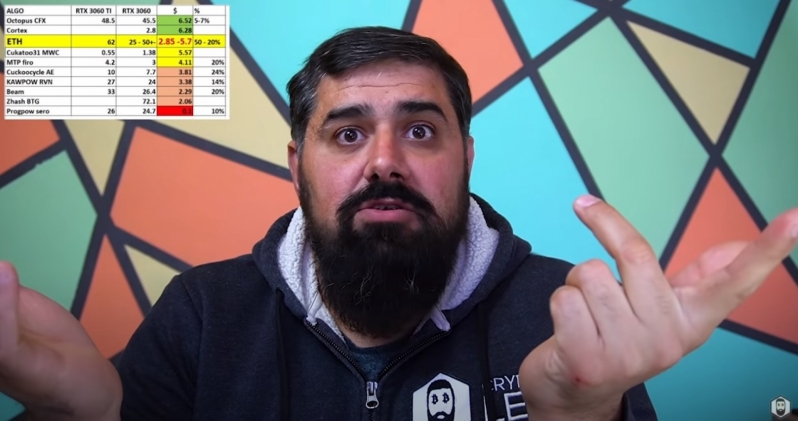 You can join the discussion on the inadequacy of Nvidia's RTX 3060 mining lock on the OC3D Forums.