ASUS' first RTX 3060 graphics card has been pictured, the RTX 3060 TUF Gaming OC 12GB. This leak counters earlier reports of an RTX 3060 Ultra, a graphics card that is now believed to a fake/fabricated product. This new leak comes via Videocardz.

Rumour has it that Nvidia plans to reveal its Geforce RTX 3060 at their CES 2021 keynote tomorrow, where the company are also due to reveal RTX 30 series mobile products. 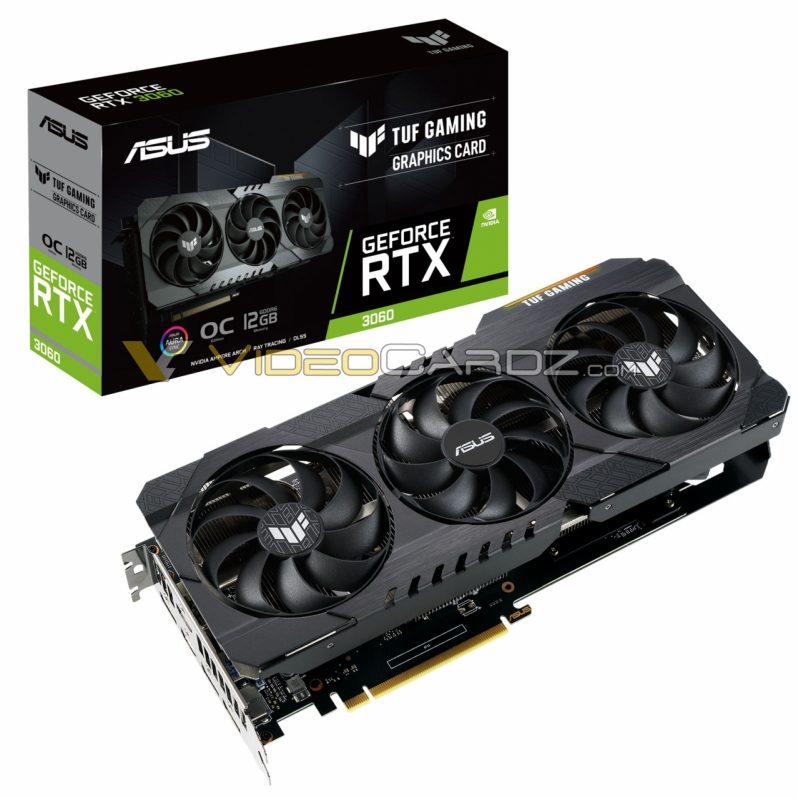 You can join the discussion on ASUS' rumoured RTX 3060 12GB graphics card on the OC3D Forums.