Today, the first images of Nvidia's Ampere-powered GA102-300 GPU core leaked onto the internet, revealing what could be the silicon behind Nvidia's RTX 3090 graphics card.

The image below comes from Chiphell user PolyMorph, via WCCFTECH, and showcases what appears to be a qualification sample of Nvidia's flagship Geforce silicon.

If recent rumours are to be believed, Nvidia's RTX 3090 will feature 24GB of GDDR6X memory, though 12GB models are not out of the question. The graphics card is also rumoured to feature 5248 CUDA cores, representing a significant increase in core count over today's RTX 2080 Ti, which features 4332 CUDA cores.

Nvidia is also allegedly working on a new Titan graphics cards, which is due to feature Nvidia's GA102-400 silicon, which presumably will feature a larger number of unlocked CUDA cores. This graphics card is unlikely to launch this September.

Sadly, a lot of the image below has been blurred out, preventing us from identifying where this chip was produced or other identifiable features. It is likely that more images like this will leak onto the web over the coming week. 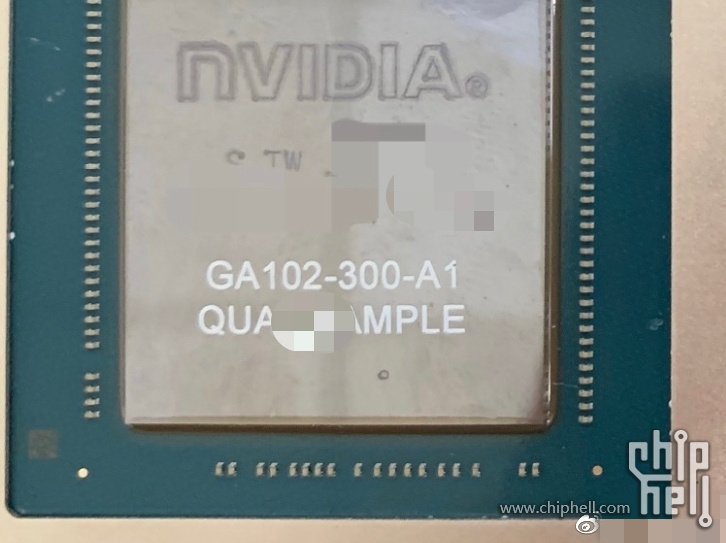