Get Ghostwire: Tokyo and DOOM Eternal for free with new RTX 30 series GPUs 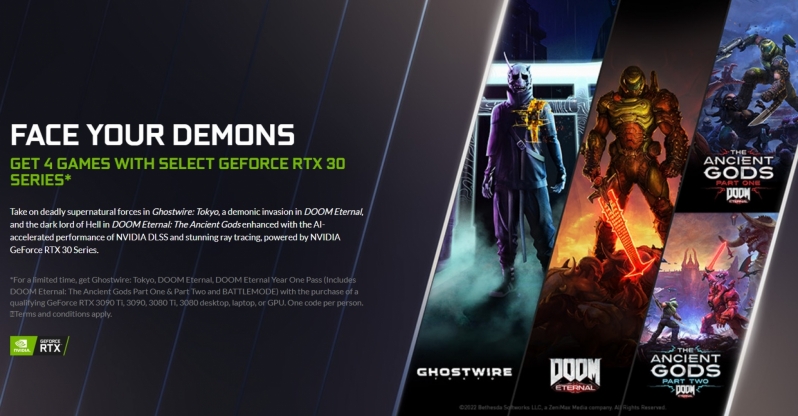 Graphics cards are piling up on store shelves, and demand for cryptocurrency miners has practically vanished and used graphics cards (primarily from cryptocurrency miners) are flooding the used GPU market. Nvidia knows that they need to encourage buyers to purchase new GPUs, and that is the reason why Nvidia's new "Face your Demons" bundle exists.

You can join the discussion on Nvidia's "4 game" bundle on the OC3D Forums.

AlienALX
Man they are still trying everything to keep prices high huh?

I wonder when they will get the memo.Quote
Reply