Nvidia's got a "exciting new next-generation coming", and they will be talking about it next month

Expect to hear about the RTX 40 series next month

During the company's earnings call for their Q2 Fiscal 2023, Nvidia's Jensen Huang discussed the company's next-generation products and how the company plans to reduce their inventory of RTX 30 series graphics cards ahead of their RTX 40 series launch.

Jensen discussed Nvidia's next-generation graphics card generation as "exciting", and has confirmed that the company will be discussing those products later this year. He also described their RTX 30 series Ampere generation as Nvidia's most popular GPU generation to date, and has outlined a strategy that will allow Nvidia to sell their over-stocked products over the coming quarters.

The crash of the cryptocurrency mining market had left Nvidia with too many graphics cards and the global economy has left consumers unwilling to pay high prices for them. This has left Nvidia and their partners with warehouses full of graphics cards, as their current prices simply are not appealing to many consumers. Nvidia is now working with partners to correct their pricing to stimulate sales for the company's current-generation products.

Our strategy is to reduce the sell-in this quarter and next quarter to let channel inventory correct. Obviously, we’re off the highs, and the macro condition turned sharply worse. And so, our first strategy is to reduce sell-in in the next couple of quarters to correct channel inventory. We’ve also instituted programs to price position our current products to prepare for next-generation products.

Ampere is the most popular GPU we’ve ever created. It is in the top 15 most popular gaming GPUs on Steam. And it remains the best GPUs in the world, and it will be very successful for some time. However, we do have exciting new next-generation coming and it’s going to be layered on top of that. And so, we’ve taken — we’ve done two things. We’ve reduced sell-in to let channel inventory correct and we’ve implemented programs with our partners to price position the products in the channel in preparation for our next generation.

All of this we anticipate were working towards a path to being in a good shape going into next year. Okay? So, that’s what our game plan is. 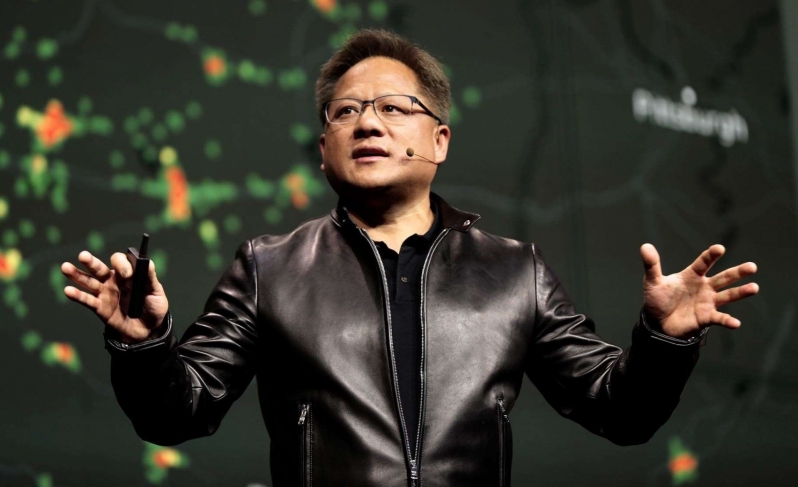 Nvidia is preparing to launch their next-generation products, but their over-supply of RTX 30 series graphics cards is likely to delay Nvidia's RTX 40 series. Simply put, Nvidia does not want the RTX 40 series to cannibalise its RTX 30 series product sales.

Nvidia is currently in a difficult position, as their RTX 30 series oversupply may push their RTX 40 series launch later and later into 2022.

We’ll get through this over the next few months and go into next year with our new architecture. I look forward to telling you more about it at GTC next month.

I look forward to next month’s GTC conference, where we will share new advances of RTX reinventing 3D graphics and gaming.

You can join the discussion on Nvidia's plans for next-generation Geforce products on the OC3D Forums.

Dicehunter
I could see the 4000 series being announced this year and launching in January as many places still have massive amounts of 3000 series stock.

I can also see many people not buying due to the maHOOsive rise in energy prices at least in England.Quote
Reply