Expect Nvidia to replace its Ampere A100 accelerator at GTC 2022

Nvidia's GTC 2022 conference is starting this week, and the company has already hinted that the event will contain some major product reveals. The company's GTC Keynote is due to be hosted by CEO Jensen Huang on March 22nd at 8 AM Pacific Time, and that alone suggests that Nvidia has something big to showcase. Jensen like to personally reveal Nvidia's biggest products, and his prescience at GTC 2022 suggests that Nvidia has something big to reveal.

Nvidia's Hopper products will likely replace the company's Ampere A100 accelerators, delivering to customers higher performance levels using new architectural innovations, faster memory, and (probably) a smaller lithography node. Rumour has it that Nvidia's Hopper architecture will be Nvidia's first MCM (Multi-Chip-Module) design, a move that may facilitate a large generational performance leap between Ampere and Hopper. That said, we will need to wait for Nvidia's GTC keynote to see exactly what Hopper will deliver. 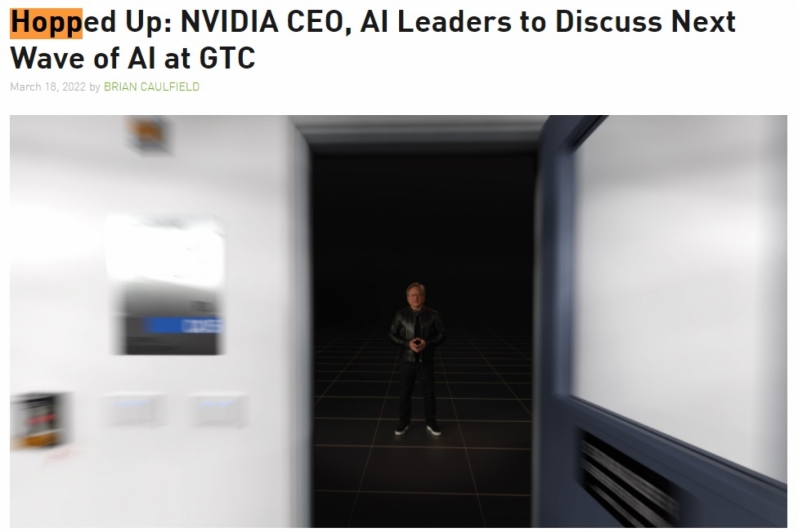 Nvidia revealed their Ampere A100 almost two years ago, and even now many of Nvidia's competitors are finding it difficult to surpass Nvidia's performance in several critical workloads. Hopper is Nvidia's opportunity to reassert itself as the leader of the AI accelerator market, and their opportunity to push the world forward by giving scientists, researchers, and industries access to even ore computational performance. Expect to se Hopper at GTC, and expect big things from Hopper.

You can join the discussion on Nvidia's GTC 2022 Hopper Teaser on the OC3D Forums.