Nvidia's hosting their Computex 2022 keynote on May 23rd

The Senior Vice President of GeForce, Jeff Fisher, will be speaking at the event

Expect to hear about Geforce at Computex, but don't expect to see next-generation GPUs

Nvidia has confirmed that they will be hosting their Computex 2022 keynote on May 23rd, and that one of their speakers will be Jeff Fisher, the company's Senior Vice President of GeForce. Based on Nvidia's keynote reveal, Nvidia's CEO Jensen Huang will not be part of this years keynote, signalling that we will not be seeing next-generation products from Nvidia at this event.

One of the key focuses of Nvidia's Computex 2022 keynote is AI, and how Nvidia plans to use AI to power enterprise workloads and enhance the lives of gamers and creators alike. As mentioned before, we do not expect to see Nvidia's rumoured Ada Lovelace graphics cards at Computex 2022, but we do expect to hear some Geforce announcements.

Jeff Fisher was the executive that revealed Nvidia's RTX 3090 Ti, the company's most powerful Geforce graphics card. That said, his presence at Computex doesn't necessarily mean that Nvidia will be revealing new Geforce products at the event. 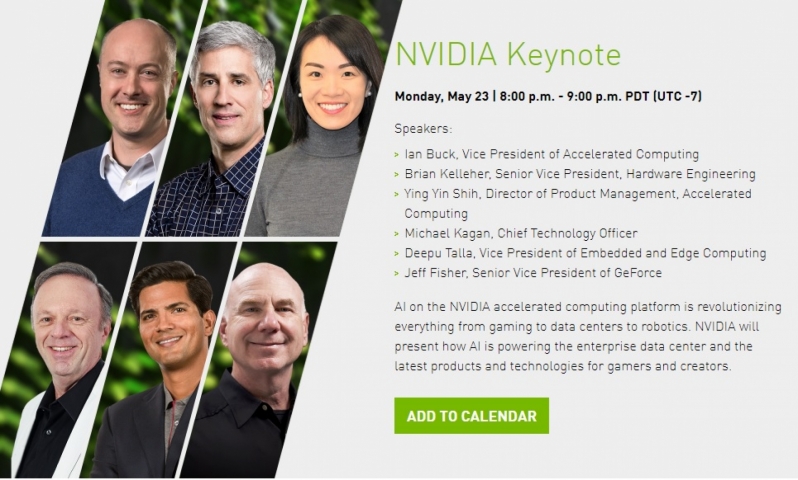 At Computex, AMD is expected to discuss some details of their Zen 4 CPU architecture and RDNA 3 graphics architecture. That said, AMD will be keeping most details for these products under wraps until closer to their launches later this year. We expect AMD to discuss their next-generation products in more detail than Nvidia at Computex.

You can join the discussion on Nvidia's Computex 2022 keynote on the OC3D Forums.