Later today, Nvidia will be revealing its Hopper architecture during its GTC 2022 keynote, revealing the company's successor to their Ampere-based A100 chip that reportedly uses TSMC's 5nm lithography node and six stacks of High Bandwidth Memory.

Videocardz has managed to grab a few images of Nvidia's new Hopper HPC (High Performance Computing) accelerator chip before its official unveiling, showcasing a huge chip that reportedly features a maximum of 144 Streaming Multiprocessor (SM) units. For context, Nvidia's Ampere A100 chip offered users up to 108 SM units, though it is worth noting that Nvidia's Hopper H100 chip may have some of its SMs disabled for binning/yield reasons. 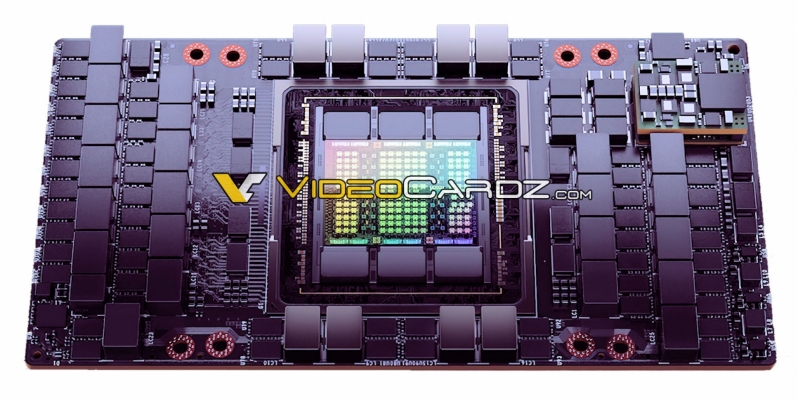 Today, Nvidia is likely to reveal a range of Hopper based products. These products should all use Nvidia's GH-100 silicon and be branded as H100 series products. PCIe and DGX Hopper products are expected, as are hopper based workstations.

You can join the discussion on Nvidia's massive H100 Hopper series of graphics cards on the OC3D Forums.

NeverBackDown
Wonder what this means for consumer time table for a Hopper launch.Quote

Dicehunter
Quote:
Probably around the end of this year for the big workstation and server types.Quote
Reply