This new GPU is set to act as a counter to Intel's planned ARC series GPU launches, highlighting Nvidia's dominance of the market by creating a more powerful version of their flagship GPU model.

According to Uniko's Hardware (via Videocardz), Nvidia's RTX 3090 Ti will use Micron's "MT61K512M32KPA-21U" GDDR6X memory modules, which offer users 21Gbps of bandwidth.

Not only are these new GDDR6X memory chips faster, they are also more memory dense. These new modules are 16 Gb (2 GB) in size, allowing Nvidia's RTX 3090 Ti graphics cards to deliver 24 GB of memory capacity with half as many GDDR6X chips as Nvidia's RTX 3090, significantly simplifying the GPU's PCB layout and, therefore, manufacturing. This allows the RTX 3090 Ti to have memory on a single side of its PCB, reducing the thermal load on the backplates of planned RTX 3090 Ti graphics cards.

This change will help to enable higher frame rates for the RTX 3090 Ti under bandwidth-constrained workloads, and allow any performance gains enabled by the RTX 3090 Ti's higher specifications in other areas to be realised. 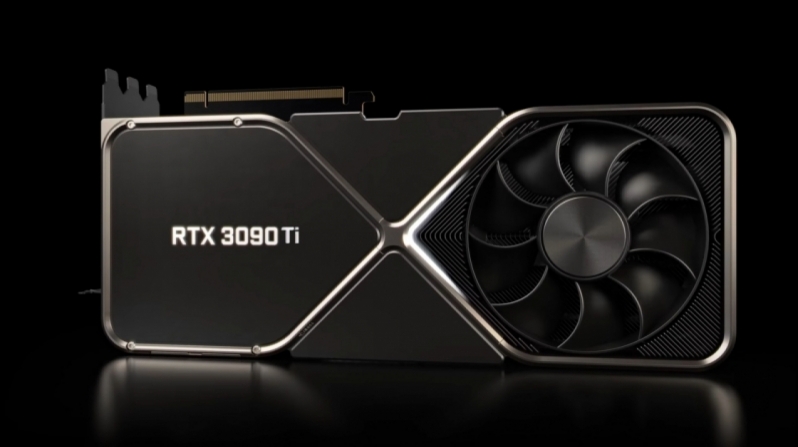 Rumour has it that Nvidia's RTX 3090 Ti will feature a higher power target than Nvidia's RTX 3090, enabling higher base/boost clock speeds. Beyond that, Nvidia could utilise more of the CUDA cores on its GA102 silicon, giving the GPU more compute performance.

Intel's launching their ARC series of dedicated gaming graphics cards in early 2022, giving them an opportunity to attack Nvidia's dominant mindshare when the GPU market and add some much-needed competition to the GPU market.

Nvidia has a tried and true method of shutting down its competitors when new GPU releases arrive. We have seen this frequently to counter AMD's new releases. We saw the GTX 1070 Ti launched to counter AMD's RX Vega 56 and their RTX Super series to counter the Radeon RX 5000 series. Now that Intel is ready to compete, why wouldn't Nvidia use this tactic again to reassert its dominance?

Nvidia is reportedly working on an RTX 3090 Ti, an RTX 3070 Ti 16 GB and a new RTX 2060 12 GB model to counter Intel's incoming GPU lineup. With these launches, Nvidia wants to show the world that they are still the best. They will not let Intel attack their mindshare.

Intel's Arc series flagship is rumoured to feature a 16 GB frame buffer, just like AMD's high-end RX 6000 series products. Nvidia's rumoured RTX 3070 Ti 16 GB could be seen as an admission that 8 GB of VRAM is no longer enough for modern high-end gaming applications. This can already be seen in Far Cry 6.

You can join the discussion on Nvidia's rumoured RTX 3090 Ti/SUPER graphics card on the OC3D Forums.

Dicehunter
The price is going to be silly, The retailers will price gouge and the scalpers will be charging insane amounts.Quote