Rumour has it that Nvidia's working on an RTX 3080 Ti graphics card, a new Ampere SKU which will act as a new competitor to AMD's upcoming RX 6900 XT graphics card.

According to @koptite7kimi on Twitter, Nvidia has been testing a new graphics card design which features 10,496 CUDA cores, 20GB of GDDR6X memory and the same TDP as Nvidia's RTX 3080.

This new graphics card is expected to target the $999 price point, offering users 4GB less memory than an RTX 3090, slightly slower memory speeds over a smaller 320-bit memory bus and a lower power target than an RTX 3090. Given these specifications, Nvidia's RTX 3080 Ti will sit between Nvidia's RTX 3080 and RTX 3090 models, graphics cards which already feature a slim performance gap.

If these reported RTX 3080 Ti specifications are correct, Nvidia will have made their RTX 3090 graphics card practically irrelevant to the wider consumer market. For most users, the RTX 3090's additional VRAM, memory bandwidth and higher power target will be ok little consequence, as will the GPU's lack of NVLINK support.

AMD's Radeon RX 6000 series is due to launch as strong competitors to Nvidia's Ampere lineup, injecting some much-needed competition into the GPU market. Competition could get even tighter in 2021, as Intel plans to enter the discrete graphics market.

You can join the discussion on Nvidia's rumoured RTX 3080 Ti graphics card on the OC3D Forums. 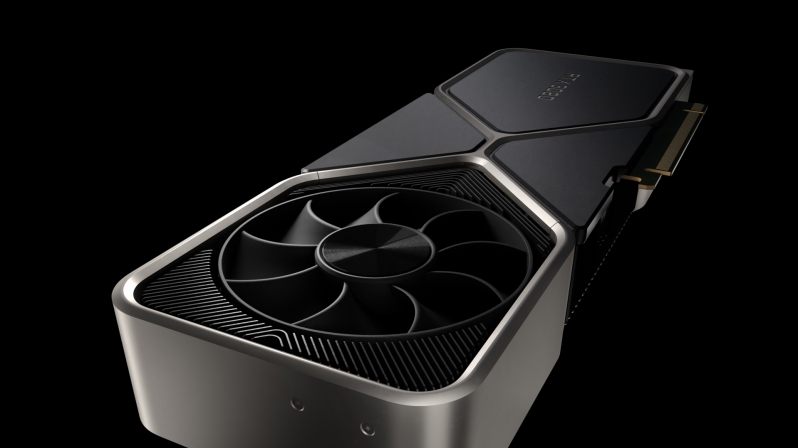 AlienALX
Whoever had the idea that their top tier card should be 10% faster and 100% more expensive than the 3080 should be sacked. Maybe they got all the suckers they need by now? who knows.Quote

AngryGoldfish
Quote:
Maybe if they'd made it an actual Titan with full Titan features, it would still have a place.Quote

AlienALX
Quote:
That's just it though. Features. It has none of them. They know it would kill sales of the workstation cards.Quote

NeverBackDown
Quote:
If you need the power and memory it's worth it.

It's not their gaming flagship and they have done nothing but repeated that and said it while launching it.

A 3090 for gaming isn't it's use case. It's for people who do professional work and still game and cannot afford a Quadro card.Quote
Reply