Nvidia appears to be working on an RTX 3090 SUPER graphics card, with two hardware leakers, @kopite7kimi and @Greymon55, revealing a new Nvidia RTX graphics card with 10752 CUDA cores and a 400W+ power target.

The most detailed information comes from @kopite7kimi, who suggests that Nvidia's RTX 3090 SUPER features 21 Gbps GDDR6X memory from Micron and a TGP of 450 watts. In addition, it is speculated that Nvidia will remove NVLink from their RTX 3090, killing SLI for good. 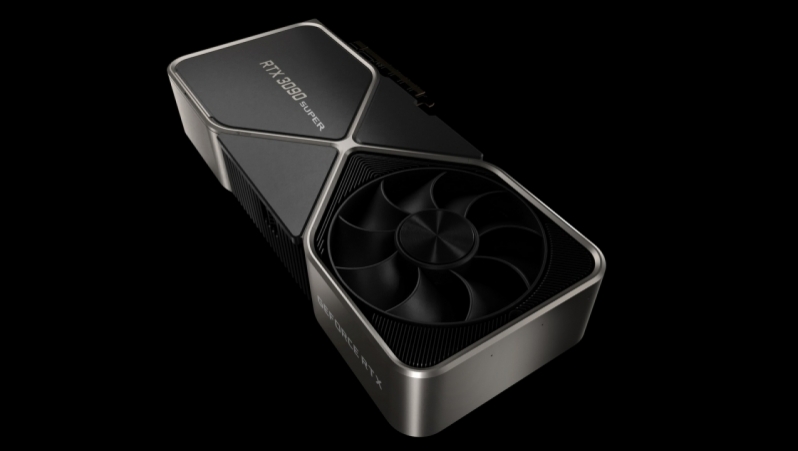 Is this possible? Yes!

We speculated back in September 2020 about Nvidia's RTX 3090 and the company's plans for GDDR6X memory. Here, we noted that Micron had plans to create 2GB GDDR6X memory chips in 2021 and that the company had already revealed GDDR6X modules with speeds of 21Gbps.

With bandwidth being a critical factor for modern graphics cards (there's a reason why AMD's investing in RDNA 2's Infinity Cache), faster 21Gbps GDDR6X memory modules have the potential to give Nvidia's RTX 3090 SUPER enough performance to justify its existence, assuming that the GPU's clock speeds can also be cranked up enough to utilise this extra memory performance. 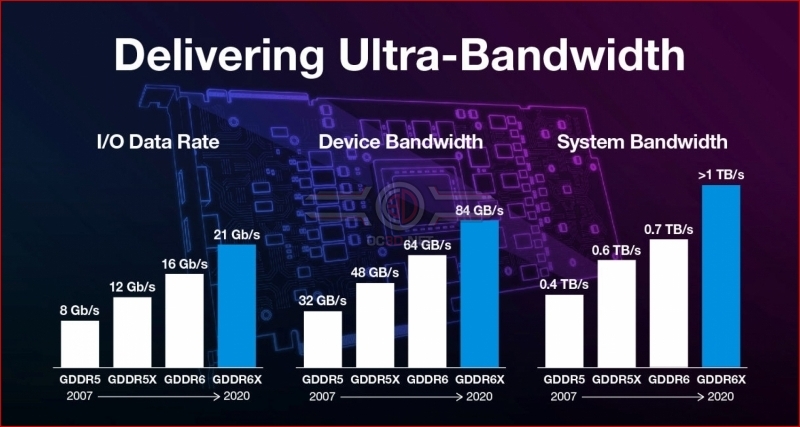 Nvidia's rumoured RTX 30 SUPER lineup should inject some new life into Nvidia's RTX brand, though ongoing supply issues make us question if refreshed RTX 30 series GPUs would even be required within today's market. Today, every reasonably priced graphics card sells out fast, and adding a "SUPER" sub-heading will not make consumers any more interested in Nvidia's product lineup. We need stock on shelves, not more marketing.

Should Nvidia launch an RTX 3090 graphics card, it will be used to help garner more interest in Nvidia's new 12-pin PCIe cable design (as bulky 3x8-pin PCIe cables will likely be hugely common on AIB cards) and to help cement Nvidia's position as the leader of the GPU market. Intel is due to launch graphics cards at the start of 2022, and Nvidia RTX 30 SUPER branding may be used to hobble Intel's marketing efforts.

You can join the discussion on Nvidia's rumoured RTX 3090 graphics card on the OC3D Forums.

smilertoo
This is totally pointless and is nothing more than nvidia justifying scalping their own cards, they've realised there's a LOT of idiots willing to pay stupid prices; a high end gpu is now costing what a decent full system should cost.Quote

KingNosser
Super card at a super price, i'm guessing 2k and AIB's then some.

Thou thinking on price yes they are high for say the last 10 years difference, but back when i started getting into PC's the prices were very similar as they are now and in many cases much higher, still doesn't justify it thou tbh.

tbh i feel this card is pretty pointless it's just a way to bin chips and make more income and they love to move the goal posts and so being an early adopter if you want the best is the worst thing to do, i'm more suprised it's happening so soon.

But the 4000 series will be out in no time so maybe that is why they are progressing so fast but that is what competition does it hurdles things forward and so in all areas of tech expect that to be a regular thing over the next 10 years with the different nodes and arc's coming there will be a flood of chips at least in terms of types rather than numbers so new things are just around the corner very quickly.

like CPU's I'm waiting for Zen4 but if i smell Zen5 coming soon after i'll wait for that, let alone the plans Intel has maybe by 3 gens they will be where they want to be.

so nvidia and amd are going to make big moves and so i really feel at this stage given the cost just wait it out for the bigger performing cards that are very much on there way.Quote

Dawelio
Quote:
You seem to be waiting a lot, must be incredibly long and almost like you never buy anything. Seeing as if you smell the next thing, youll wait for that. Yet there will be always be the next thingQuote

KingNosser
Well my system is decent, I don't upgrade as often as some it's tbh a waste to do so, I wait for shifts in tech where it's not 10% but more like 50%.

CPU is next on my list, but i'm holding out until I see something really worth while cause no matter what cpu i get my 6800XT won't gain much and I sure wont be upgrading that for a time atm my 1700 is doing well enough tbh.Quote
Reply