Nvidia has launched a new BFGPU

Nvidia has a new gaming flagship, and its design fixes a lot of problems

With the addition of 21Gbps 2GB GDDR6X memory modules, Nvidia's RTX 3090 Ti is faster and easier to cool than its predecessors, replacing 19.5 Gbps 1GB GDDR6X chips with 21GBPS 2GB chips. With the RTX 3090 Ti, Nvidia has streamlined their design by offering more memory bandwidth and the same 24GB frame buffer as before while using half as many memory chips. This simplifies memory cooling significantly, and reduces the number of components that are needed to create an RTX 3090 Ti graphics card.

Nvidia's RTX 3090 Ti is designed to cement Nvidia's leadership of the consumer GPU market, offering more memory capacity than their rivals while offering customers a notable performance boost over their already powerful RTX 3090 graphics card. This is the full potential of Nvidia's Ampere architecture, and Nvidia claims that this GPU is up to 60% faster than an RTX 2080 Ti and up to 55% faster than a Titan RTX. 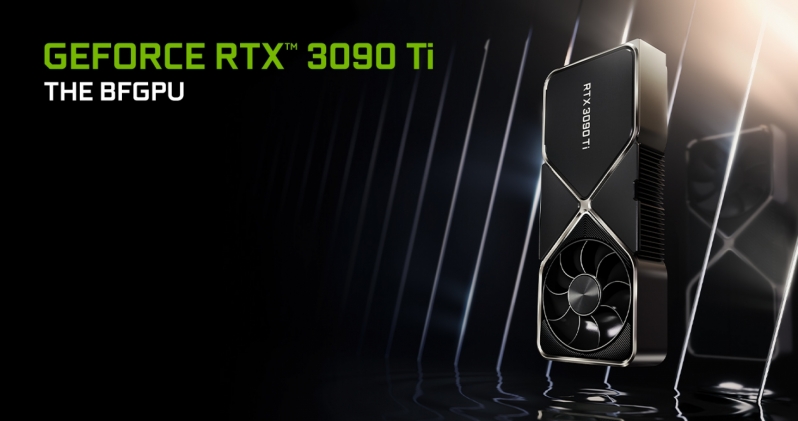 With the RTX 3090 Ti, Nvidia's GPU TDPs have increased to 450W, requiring the use of a PCIe 5.0 power cable. Nvidia's Founders Edition model will ship with a 3x PCIe 8-pin to PCIe 5.0 16-pin power adaptor, an so will many AIB models. Future PSUs will be adopting the PCIe 16-pin power standard to support future high wattage graphics cards.

Nvidia's RTX 3090 Ti is available starting today. We hope to have access to one of these graphics cards soon for a review.

KingNosser
Get the eggs out peeps, seriously not worth buying.Quote

Gothmoth
must be hard to be GPU reviewer theses days.. nobody seem to care.Quote

Avet
Quote:
Most of the people watch reviews before buying the cards. In last 2 years you couldn't get any GPU. So many of them just don't bother. If you consider that 3090 Ti is not worth buying even if you need a Titan class card for 3D modeling/rendering then there is very little hope for views.Quote
Reply