With 24 GB of 21 Gbps GDDR6X memory, 40 TFLOPS of compute performance, and 78 TFLOPS of ray tracing performance; Nvidia's RTX 3090 Ti promises to be a gaming monster. While Nvidia has not revealed the exact specifications of their RTX 3090 Ti, it's compute performance is around 12% faster than their RTX 3090, and its memory is around 7.7% faster. That's a hefty upgrade, though it remains to be seen how much these upgrades will benefit gamers in most titles.

Nvidia has been tight-lipped about their RTX 3090 Ti graphics card, revealing few of the GPU's core specifications and nothing about the graphics card's price. With the RTX 3090 Ti having RTX 30 series branding, it is clear that this GPU is still an Ampere-powered GPU, with rumours stating that its using a fully tapped version of the company's 8nm GA102 silicon. 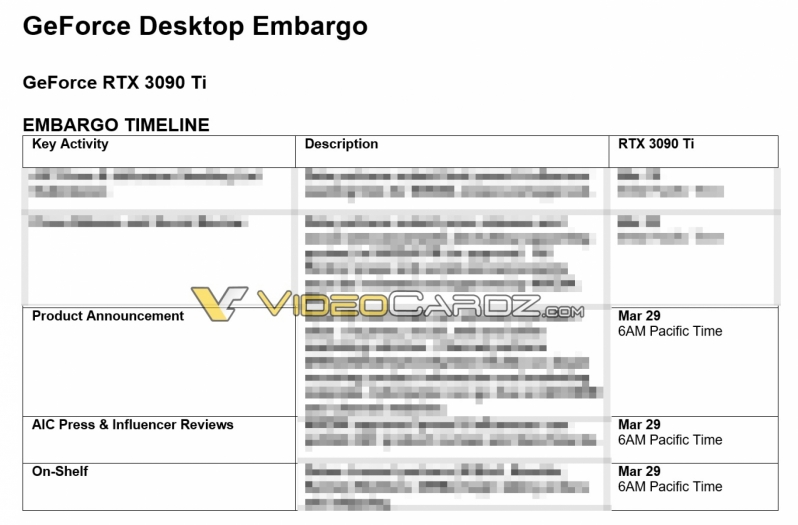 You can join the discussion on Nvidia's RTX 309 Ti graphics card on the OC3D Forums.