Will this be a real MSRP?

Nvidia's RTX 3090 Ti will be the company's most powerful gaming product, promising users over 40 TFLOPs of computational performance and faster 21Gbps GDDR6X memory modules. That said, the graphics card is not much more powerful than the company's RTX 3090, at least on paper.

Reports have emerged stating that Nvidia's RTX 3090 Ti will only be 10% more powerful than the company's RTX 3090 at 4K, with CapFrameX suggesting that the graphics card will have a 450W TDP and a 2GHz boost clock.

Over the past few months, GPU prices have been steadily falling, and while most models are still not available at prices close to their manufacturer's MSRPs, they are much more affordable than they were previously. With this in mind, and the RTX 3090 Ti's expected performance levels, it makes sense for Nvidia not to aim too high with their RTX 3090 Ti's MSRP pricing, especially when AMD reportedly has an RX 6950 XT on the horizon.

If today's pricing trends continue, graphics cards may soon lower to pricing levels that can be considered reasonable. This is great news for the PC gaming market, as the past year had effectively pushed the idea of budget PC gaming out of existence. 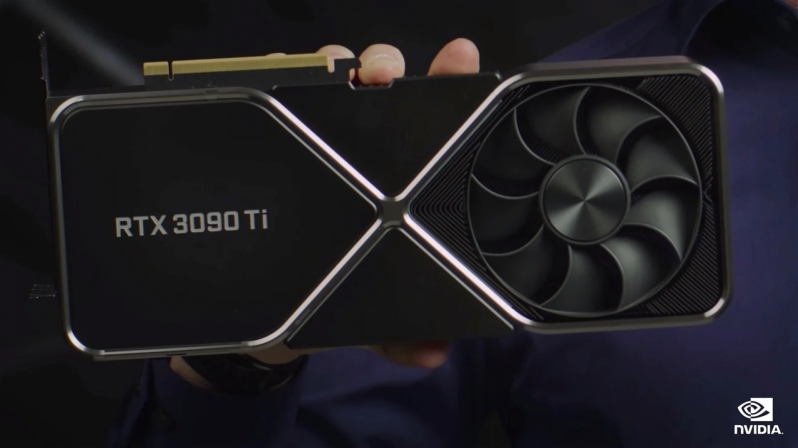 If Nvidia pushes for higher pricing for its RTX 3090 Ti, we expect the RTX 3090 Ti;s launch to be filled with negative press stories. With electricity prices rising across the world and inflation rising, launching a graphics card higher pricing with a minor performance upgrade and high power requirements will generally be seen as a poor move from Nvidia. To say the least, gamers are sick of high GPU prices.

You can join the discussion on Nvidia's rumoured RTX 3090 Ti MSRP on the OC3D Forums.

KingNosser
Being honest with 4000 series coming at the end of the year why on earth would you buy one so you can get a 5% boost on 3dmark has to be the most pointless card in years.Quote

Piskeante
gpu prices are going down : No, not at least for me. Scalping is still a big thing here in Spain. With PCcomponentes doing its August with huge scamm/scalping prices.

i don't know where are you seeing this drop in GPU prices, maybe in USA, but not here.Quote

NeverBackDown
I'm sick of high prices and higher power consumption cards. Opposite of the way it used to be. More power for more performance rather than less power for the same amount of power.Quote

Dawelio
Quote:
Yeah, I'm so with you on that one. Pulling 400-600W just from a single GPU these days are just insane. The days of the 1080 Ti are gone basically...Quote

meuvoy
Quote:
Its just a phase, similar to what happened with the NVIDIA 400 series, AMD caught NVIDIA off guard, they tried to make MCM work within a year to compete with AMD but apparently failed, so they needed to come up with a never-before-seen gargantuan die to compete with AMD's MCM performance, which in turn killed their power efficiency. But they are still working on an MCM design. Hopefully RTX 5000 series will come with an MCM design soon after and bring power consumption down to earthly levels. I for one am skipping RTX 4000 entirelly, I can already see the piles of dead RTX 4XXX GPUS with cold solder joints, defective RAM modules and blown out VRM components.

If NVIDIA ends up losing the performance war they want to make sure it's for as little as possible, but of course they will try to keep the performance crown even if they need to release an RTX 4090Ti SUPER with 1000W Power draw and you need two PSUs to power a system with it.

In a way it's a good thing, it will delay NVIDIA's plans to raise their GPU prices, AMD will probably try to keep prices as is so they can gain market share liek they did with Ryzen.Quote
Reply