Like all RTX 40 series graphics cards, Nvidia's RTX 4070 Ti will benefit from improved RT cores and tensor cores and support Nvidia's DLSS 3 technology. Nvidia's RTX 3070 Ti is expected to be a 285W graphics card, which means that the GPU can be used with smaller, cheaper to produce heatsinks and PCB designs. 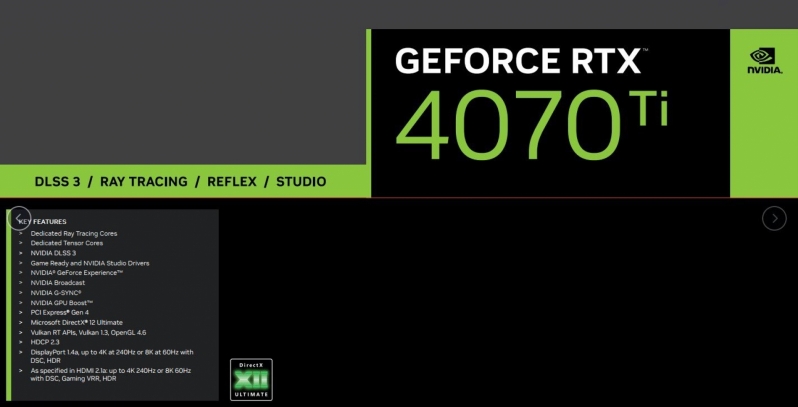 You can join the discussion on Nvidia's RTX 4070 Ti graphics card on the OC3D Forums.

KingNosser
tbh i can see why people are annoyed by it, but when nvidia have changed the name don't expect them to change the price and so in essence it solves nothing.Quote

dazbobaby
All these -ups are making Nvidia look bad, at a time when they already look bad.
Then there's the 7900XTX which by all accounts might well spank the 4070.


Tough times for a company that has seriously pee'd off their customer base and gouged the living daylights out of us.Quote

Warchild
Imagine it being another 3.5gb fiasco. You see the label as a 4080 but when you pull the sticker off, its a 4070ti underneath