Nvidia has today lowered the pricing of their RTX 40 series graphics cards in the UK and EU following a decline in the value of the US Dollar compared to both the Euro and the British pound. So no, today's price drop has nothing to do with AMD's upcoming Radeon RX 7000 series launch.

For PC builders in the UK and EU, the positive change here is that currency exchange rates are working more in our favour than they have for the past few months. In time, these changes may result in small price decreases for a large number of products, though it is possible that exchange rates will once again move in favour of the US sometime soon, reversing this change. 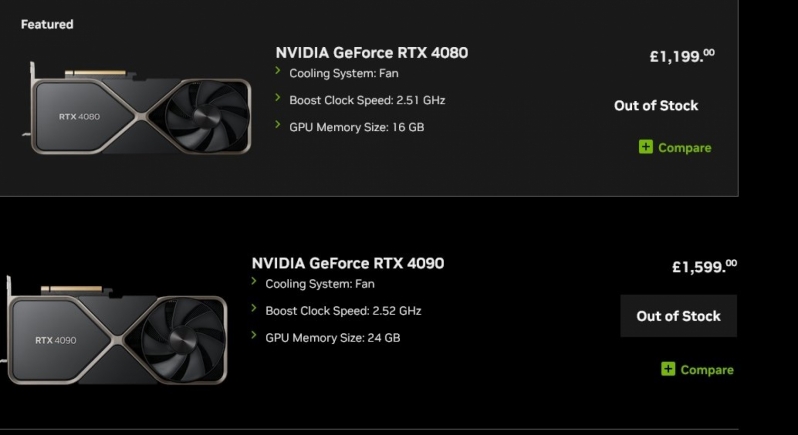 Once again we will confirm that these pricing changes for RTX 40 series GPUs in the US and EU are nothing to do with AMD's upcoming RDNA 3 GPU launches. These adjusted prices are entirely currency related, not competition related.

With AMD's Radeon RX 7900 XT/XTX being on the horizon, it is possible that Nvidia may need to drop the prices of their RTX 4080 graphics cards in response to AMD's latest generation of graphics cards. That said, it remains to be seen how AMD's RDNA 3 products will impact Nvidia's position within today's GPU market.

You can join the discussion on Nvidia's RTX 4080/4090 price adjustments on the OC3D Forums.

Dicehunter
Good news for the 4090 as even though the price is high the performance of it is amazing.Quote