Are Nvidia's prices too high?

Almost a week has passed since Nvidia launched their RTX 4080 graphics card, and unlike almost all recent GPU launches, stocks of Nvidia's latest graphics cards have remained on store shelves. Nvidia's RTX 4090 sold out shortly after its launch, and so far, we haven't seen any RTX 4080 GPU become out of stock in the UK, with Nvidia's Founders Edition being the only exception that we could find.

Nvidia launched their RTX 3080 10GB graphics card with an MSRP of £649 in the UK, and their new RTX 4080 launched with prices starting at £1,269. That's almost a 2x price increase for Nvidia's new 80-class graphics card, and it looks like Nvidia's customers are not happy about that. While Nvidia's RTX 4080 delivers tremendous performance gains over the company's RTX 3080, it is seen as a poor value product due to its high pricing. To put it another way, Nvidia's RTX 4080 is not priced like an 80-class Nvidia product.

In our testing, Nvidia's RTX 4080 handily outperformed the company's RTX 3090 and RTX 3090 Ti, and that is Nvidia's justification for their £1250+ price tag. That said, with much of the world entering recession and with many consumers facing  the "cost of living crisis", it is easy to see why the gaming masses are not eager to purchase Nvidia's RTX 4080. 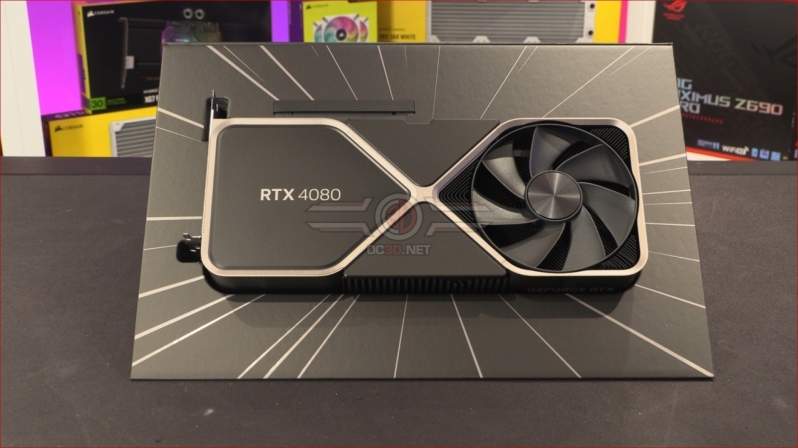 AMD throws fuel on the fire

Another factor that has hampered Nvidia's RTX 4080 launch was the reveal of their RX 7900 XT and RX 7900 XTX, which are launching on December 13th. These graphics cards have their prices starting at $899.99, and $999.99 respectively, making both graphics cards significantly cheaper than Nvidia's RTX 4080. With AMD's RX 7900 XTX being positioned as an RTX 4080 rival, it is easy to see why many PC gamers are waiting to see what AMD's RDNA 3 flagship has to offer, especially given the fact that it is much cheaper than Nvidia's rivalling graphics card.

Another factor that has pushed gamers away from Nvidia's RTX 4080 is the ongoing 12VHPWR cable melting scandal, as most RTX 4080 graphics cards appear to use the new power connector. Nvidia has released an official statement (read more here) about melting 12VHPWR cables, stating that they only know of around 50 affected graphics cards and that all affected GPUs appear to have had their 12VHPWR cables incorrectly inserted. If you make sure you fully plug in your 12VHPWR connector, your GPU should be safe, but the scandal itself has pushed a lot of consumers away from Nvidia.

In time, Nvidia may have to consider a price cut for their RTX 4080 16GB graphics card, as GPUs on store shelves cannot generate revenue or profit. Right now, RTX 4080 price cuts feel like a matter of when, not if.

Do you think an RTX 4080 price cut is coming? You can join the discussion on Nvidia's RTX 4080 stocks on the OC3D Forums.

Legacy-ZA
Yeah, making out as if AMD is our knight in shining armor? Those prices too are rediculous.Quote

Warchild
I long for the day Nvidias bubble bursts and brings them back to earth in the same universe as the common user...Quote

If I were AMD and I had a way to make larger profits while undercutting the competition significantly, I'd take that opportunity. Nvidia has given AMD massive headroom. If Nvidia were more reasonable with their price increases—if the 4080 16GB was $800 for example—AMD would have charged less. The way I see it, AMD doesn't need to charge less. Nvidia has handed AMD victory on the plate. The 4080's price is so absurd that they've given AMD larger profit margins, and that's victory in AMD's eyes. AMD could theoretically sell the XTX at $800 and stomp the 4080 at $800 and still make a profit. But why do that when you can sell just as many units at $1000?

If you were in AMD's shoes and your competitor handed you vast quantities of money, would you turn it down arbitrarily when you know you won't make greater profits selling for less just by virtue of selling more units?

Hypothetically, if AMD were going to sell 1 million XTX cards irrelevant of whether they were $800 or $1000, why would AMD charge $800? If AMD sold 1.2 million XTX's at $800 versus 1 million at $1000, which would AMD prefer? The profit is effectively the same. The distinction is that AMD has fewer cards to manufacture and retains its 'enthusiast' badge. They gain massive amounts of market share irrelevant of whether they charge $800 or $1000, but in the process they retain both the 'knight in shining armour' as well as the 'premium brand' badging.

While I would have liked the XTX to be $800 and the XT to be $650-700. Those prices would be amazing. But I understand why AMD has decided not to do that. The blame lands with Nvidia. AMD is simply responding to the huge hole in the market that Nvidia has left wide open. They've rebrand their 6800XT as a 7900XTX and priced it way higher. Nvidia gave them that opportunity. I think it would be financially foolish for AMD not to do that. Ultimately, that's their mandate: make as much money as possible.Quote
Reply